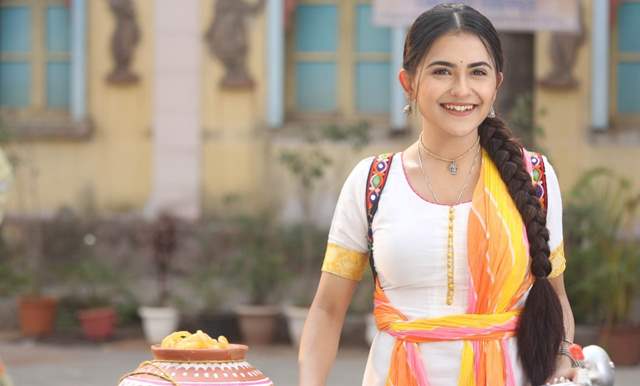 Zee TV's ongoing fiction offering - Mithai - is an amalgamation of a love story and a family drama, all tied together inside a wonderful box of traditional Indian sweets. Following the story of two polar opposite personalities – Mithai (Debattama Saha) and Siddharth (Aashish Bhardwaj), the show delves into the life of a gifted sweet maker based in Mathura who wants to preserve the legacy of Aloo Jalebis that she has inherited from her father but is now, unfortunately, on the verge of extinction. While the show started off well and has been receiving a lot of appreciation from the audience, the upcoming twists and turns will keep the viewers glued to their TV screens in the forthcoming episodes.

While all the actors are working round the clock to keep the audience entertained, it looks like our very own Mithai a.k.a Debattama Saha has been braving an injury over the past few weeks. In fact, the actress had been shooting despite suffering from pain in her hand and when she got herself checked recently, Debattama found out that she had a severe trigger thumb. With a plaster in her hand, the writers and director improvised the story in order to incorporate her injury and make it look authentic. The team added a scene in the show where Mithai meets with an accident, just to ensure that Debattama can shoot comfortably with the bandage on her hand and help her recover soon.

Talking about her injury, Debattama Saha revealed, “I had been in pain since the last few weeks, however, I kept avoiding it as I didn’t want to miss a day of the shoot. Having said that, the pain got unbearable one fine day and I decided to show myself to a doctor. That’s when I came to know that I had actually a severe trigger thumb. I had to get a plaster because the pain was unbearable, but I didn’t want to stop shooting. That's when the writers of the show came up with a solution and improvised the track by adding a sequence where I would get the same injury on the show as well. Now, I can comfortably shoot with the bandage on my hand, and I must say that my team is really taking good care of me and my comfort during the shoot.”

Well, Debattama is indeed the perfect example of a dedicated and strong actress! Her strength will also be seen in the upcoming episodes of Mithai. In fact, viewers are in for a mega twist after Siddharth decides on starting his business in Mathura instead of Singapore.

+ 10
2 months ago Nowadays actors r very professional or maybe coz they just need money hence they continue to work after injury or surgery.