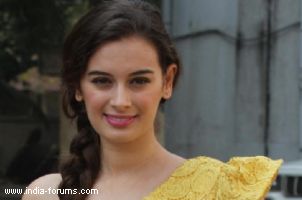 Actress Evelyn Sharma's love for Hollywood star Robert Downey Jr. drew her to a special screening for forthcoming movie "Chef". She admits she has a "little crush on him".

After watching "Chef", Evelyn said: "Robert Downey Jr. is super good-looking, and I'd be lying if I said I didn't have a little crush on him. Though the film was spectacular, I wish he had more screen time to cheer at because I was there only to watch him."

Having been born and bought up in Germany, Evelyn understandably grew up on a lot of Hollywood movies, and it is no wonder that she has her favourites.