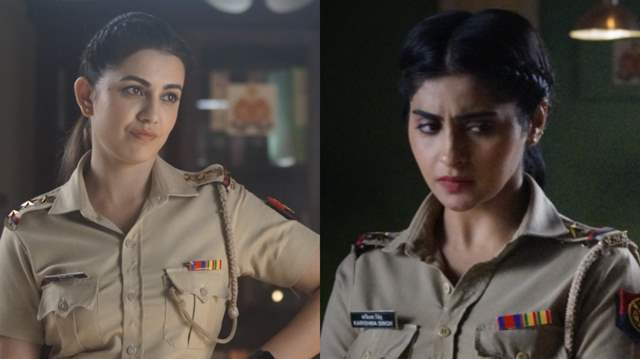 Courtesy of the thrills, intriguing plot twists, entertaining banter and exciting action scenes, Sony SAB's Maddam Sir has been the audience's favorite cop show on television. The upcoming episode introduces Mishri Pandey (Esha Kansara), the newest SHO of the Mahila Police Thana, much to Karishma Singh’s (Yukti Kapoor) distaste. Her first day at the thana starts off in a strange way when a peculiar case is lodged at the thana.

An elderly couple arrives at the police station to register a complaint against their son Raj and daughter-in-law Simran, seemingly upset that the couple failed to deliver on their promise of providing a grandchild. Karishma dismisses their case, while Mishri insists on taking it on because it is her first as a SHO. What follows is a bewildering argument between the two as Mishri proposes an unusual solution to solve this unusual case, to which Karishma disagrees. They ultimately decide to work on the case independently, and Karishma discovers during her investigation that Raj and Simran have been visiting an orphanage every week. Meanwhile, the elderly couple’s complaint has also awakened Pushpa’s wish of having a grandchild which she expresses to an already annoyed Karishma.

Will the old couple get their wish or will their son win this battle? Why do Raj and Simran visit the orphanage every week?

Yukti Kapoor who plays Karishma Singh says, “This new case has baffled everybody at the thana. The track also accurately portrays how couples get pressured into having kids shortly after marriage. One should never give into this as it’s not only a matter of your life but also of an innocent young one. Kids should be planned when you are sure that you will be capable of catering to their financial, emotional, and physical needs. Back to the case, it’s going to be hilarious and exciting, so keep watching the show to know how it gets solved.”

Esha Kansara who portrays Mishri Pandey shares, “This is SHO Mishri Pandey’s first ever case, so it’s understandable that she wants to solve it no matter however outlandish it may be. The elderly couple’s wishes in the show have a lot of reality in it, as we all may know from some real-life instances. Having kids is no cakewalk, a lot goes into their upbringing and unless you are mentally and financially prepared, it’s not a good idea to have them, no matter how pressured you are. The upcoming episodes will not only be entertaining but also enlightening, so don’t take your eyes off the screen. Also, support me in my new journey on the show!”

+ 3
2 months ago So happy to see her back on Maddam Sir! Esha Di is awesome!!

+ 8
2 months ago Esha is a really great performer

+ 6
2 months ago Welcome back Esha. Enjoying the tashan between Mishri Pandey and Karishma Singh aka KarMish 😂😂😂