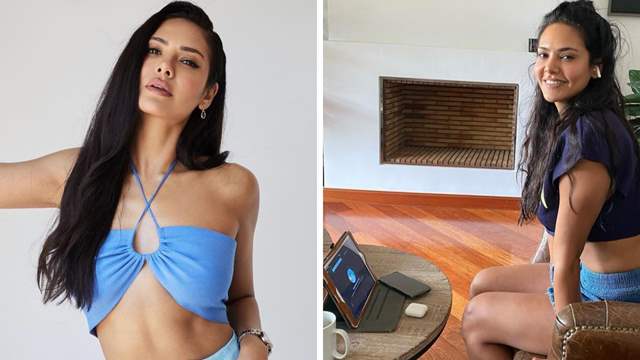 All play and no work is definitely not Esha Gupta’s style. The actress, known for her work in films like Baadshaho and Rustom in the beginning of her career, has been in Spain for the last two months, getting an enviable tan and posting updates about her time in Europe on her Instagram page.

Esha, who headed to the gorgeous country shortly after parts of the country went into lockdown during the second wave of COVID19, decided to pick up on her work while she’s there.

While blending business with pleasure, she’s started dubbing for her upcoming film/web series in which she plays a pivotal part. Talking about it, Esha says in a statement shared with us:

“It’s exciting to do this. I’ve been in Spain for sometime and waiting for shoots to resume depending on the ongoing situation, but I’ve been missing being on sets and being at work a lot. Just been praying for it it start soon, and just then my producers called and I started dubbing for this project which we had shot pre second wave lockdown. I have gorgeous locales to look at and a fabulous project to Dub for, I feel blessed as it is.”

While sources close to her insist it’s one of her most important upcoming works, they refused to place a finger on which assignment she is currently working on. What we do know is that she’s enjoying the process of working while still being on a holiday, deep inside Spain. Tipsy and Desi Magic are the names of the actress’ upcoming projects, while her recent works include the series RejectX and One Day: Justice Delivered.