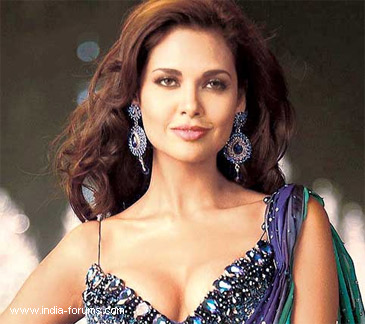 Esha Gupta, who sizzled on screen in her bold and glamorous role in "Jannat 2", will be seen in a deglamourised avatar in "Chakravyuha". The newcomer says she would like to be moulded into a good performer.

"It's a de-glam role. I am playing a IPS officer and you will see me in uniform," Esha, who debuted with Vishesh Films' "Jannat 2", told IANS.

How did she bag the role in "Chakravyuha"?

"When I met Prakash Jha, he was really impressed with my Hindi and that I was confident about what I was doing. The first time when I met him, I said, 'If you direct me well, I will give you what you want for the character. I am ready to be moulded in any form that you want, I am just like clay right now'," Esha said.

"We had a reading session first and he was really impressed with my Hindi because I come from Uttar Pradesh," said Esha.

Jha is training her to play the cop.

"Prakash Jha is my only trainer. When you have someone like Prakash Jha, you don't need a trainer because he knows what he exactly wants," said the 27-year-old.

‘I’ve Read About My Breakup Before It Happened, About Bedding People I ...