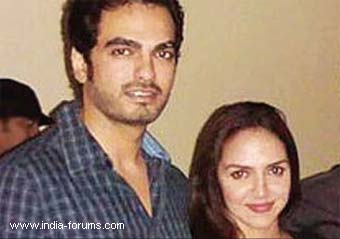 "Yes, it is going to be a traditional ceremony at their Juhu residence Sunday. It will be a family affair," Esha's manager confirmed to IANS.

The time of engagement is yet to be revealed, but the family is said to be excited.

Daughter of veteran actors Hema Malini and Dharmendra, Esha began her tryst with Bollywood in 2002 with "Koi Mere Dil Se Poochhe". She went on to feature in films like "Chura Liyaa Hai Tumne", "Na Tum Jaano Na Hum" and "Dhoom".

Last year, Hema relaunched her 29-year-old with "Tell Me O Kkhuda", but it failed to resurrect her career as the movie tanked at the box office.