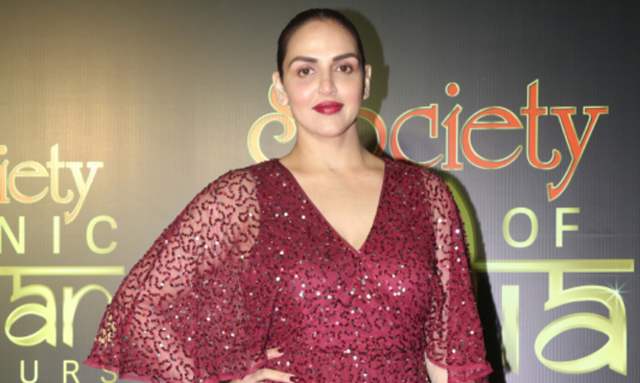 Esha Deol has been experiencing a contented phase owing to her professional life as she is all set to debut as an author with a book on motherhood titled 'Amma Mia'. In a recently shared Instagram video, the actress announced her book which also featured her elder daughter Radhya and her friend and actor Tara Sharma.

Esha talked about 'good news' which hinted at the book and Tara suddenly touched the actress's belly thinking that she is pregnant again. Esha replied saying, “I had just had Miraya (younger daughter). Come on, yaar!” to which, Tara exclaimed, “You never know!”

Esha then told Tara that it is a ‘new role’ and calls daughter Radhya out, introducing her as “the inspiration behind my effort”.

But, there's no denying that no one knows you better than your best friend?

While Esha denied her pregnancy, like Tara we believe there’s a possibility that the Dhoom actress might be pregnant with her third child.

On the work front, Esha’s book Amma Mia will be available in bookstores from March 23. The book will have 'stories, advice, and recipes from one mother to another'.