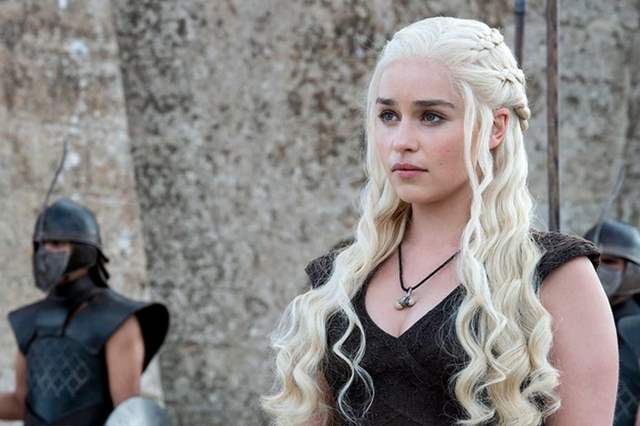 Actress Emilia Clarke is unsurprisingly widely regarded for playing Danerys Targaryen aka Khaleesi in the recently concluded epic drama, Game of Thrones. And while the show received immense flak and hatred in its last season, what one can't deny is the fact that it is still one of the most popular shows there has been. Clarke's character had an interesting graph too, where in the end she turned heel but it was the first season that came into conversation for the several nude scenes there were.

In a recent podcast interview with Dax Shepard on his show, Armchair, Clarke opened up on how terrifying it was to perform the nude scenes and how her co-actor Jason Momoa aka Khal Drogo made sure she was comfortable throughout everything and even more on how it works.

"He took care of me, he really did. In an environment where I didn't know, I needed to be taken care of."

She went on to say, "It's only now that I realize how fortunate I was with that, because that could have gone many many many different ways. Because Jason had experienced, he had done a bunch of stuff before coming on to this, he was like, 'Sweetie, this is how it's meant to be and this is how it's not meant to be, and I'm going to make sure that's the way it goes." She added that Momoa would always make sure she was provided with a robe during nude scenes on set. "He was so kind and considerate and cared about me as a human being."

Later on in the podcast, Clarke talks about how many people would want to talk to her about Khaleesi's nudity — especially in the first season. "There's a layer of vulnerability that happens when someone's naked," added Shepard, as the two discuss the inherent awkwardness of the content.

"When I did the last nudity that I did for the show, I was like, 'I am owning this," recalled Clarke. "This is mine, they've asked me to do it, and I'm fucking game." She went on to identify an element that continues to make the nudity difficult, noting, "It brings into the question what it is like being under the gaze of people you'll never meet and will never know."

While the actress said she is "a lot savvier" with indicating what she is and isn't comfortable doing, she explained that there was pressure to perform a certain way for fans. "I've had fights on set before where I'm like, 'No, the sheet stays up,' and they're like, 'No, you don't wanna disappoint your Game of Thrones fans.' And I'm like, 'Fuck you.'"

ALTBalaji & ZEE5 salutes the army spirit by announcing The ...
45 minutes ago