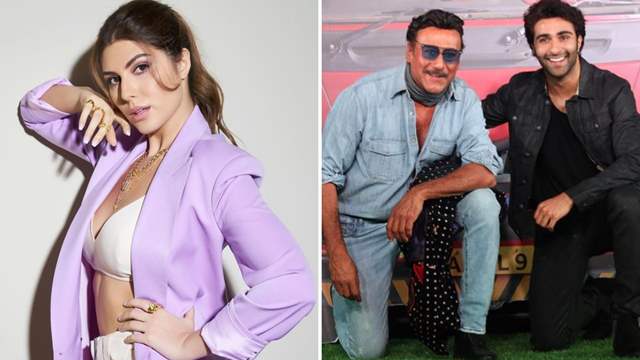 After impressing the audiences with her notable performances in Sacred Games and Abhay 2, Elnaaz Norouzi will be seen in the film 'Hello Charlie'.

Directed by Pankaj Saraswat, the one of a kind film stars Aadar Jain, Jackie Shroff, introducing Shlokka Pandit, Rajpal Yadav and Elnaaz Norouzi among others.

We got in touch with Elnaaz Norouzi for an exclusive conversation and here are some excerpts from the interview.

To begin with, we asked Elnaaz about how did she bag Hello Charlie, to which she answered:

“I auditioned for the role. I remember my team had called me up and told me there is a film that Excel is doing. They wanted me to audition for it and I auditioned for two different scenes. They just took a couple of days and they came back saying that they really liked me for the role. Then I met the director, and producers at excel, I got a narration and read the script to understand the character better.  That’s how it happened!”

The trailer of Hello Charlie released a few days ago, wherein we see a glimpse of the on screen camaraderie between Elnaaz, Jackie Shroff and Aadar Jain. When asked about her shooting experience with the two actors, she said:

“Working with Jackie Shroff has been amazing. Sir is a living legend and it’s been a pleasure for me to have worked with him. Besides that, just being around him was so great because his aura, the energy that he has is always so positive and he is so much fun on set. I don’t think I’ve ever see him in a bad mood so that’s been amazing.

Speaking of Aadar as well, he’s a very funny guy and so respectful. He’s an amazing boy to be around and I loved working with them, I loved being co-actors with him.” 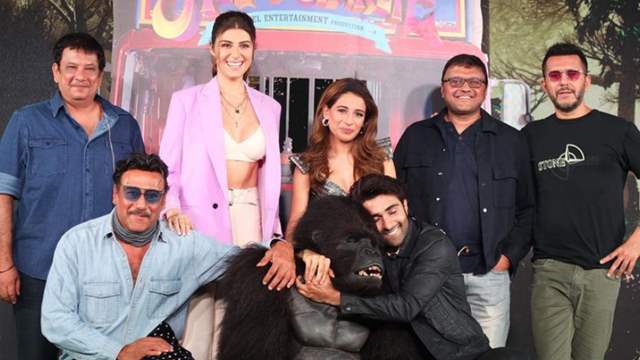 Elnaz rose to fame with her performance of ‘Jameela’ in Sacred Games and the OTT show was appreciated for it’s raw content. However, the Government has recently administered censorship on OTT platforms. When asked Elnaazfor her views on the same, she said:

“Well, somehow I must say that I am quite happy that Sacred Games came when there was no censorship yet. I myself believe that not everything should be censored. The OTT was the only medium where we were free to say and do whatever we wanted to, and now even that is getting censored so it is quite sad. But I guess we have to live with the decisions that the authorities take.

Besides Hello Charlie, Elnaaz will be seen in the film Sangeen with Nawazuddin Siddiqui. We asked her about her character and the update on the film’s release, to which she responded saying:

“My film with Nawazuddin Siddiqui, ‘Sangeen’ is a thriller. Right now, we are still in editing and it is going to be a summer release for sure. We are aiming for a theatrical release which will hopefully happen when everything becomes better and theatres come back to full capacity. My character in the film is very layered and I really enjoyed playing my character in Sangeen. I can assure you that it is a very gripping thriller.”