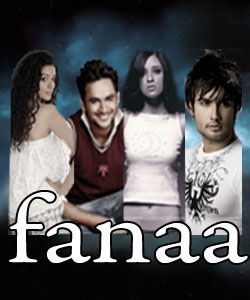 Vikas Goopta has earlier done some fantastic and passionate love stories like Kitani Mohabbat Hai and Kis Desh Mein Hai Meraa Dil. Now Vikas is going to be part of one such love story, thanks to Ekta Kapoor!!

Yes, you have heard it right as the Czarina of television is all set to launch Vikas as one of the four leads in her upcoming show tentatively titled 'Fanaa' on Star One, which is on the lines of Twilight. Vikas has been busy recently completing the schedule of his Bengali movie with Rituparno and Rupa Ganguly.

TellyBuzz had given the readers exclusive news on Vivian Dsena and Sukirti Khandpal being selected as the leads of the show. We had long back written that Priya Wal of Remix fame will play the other lead in Fanaa.

The latest is that Vikas Goopta who was earlier the Creative Head of Balaji Telefilms has been roped in by Ekta as the other male lead in the show. Vikas will play the guy opposite Priya Wal.

A little birdie tells us, "Vikas was a last moment inclusion, and Ekta was the master mind behind this decision. Since this is the first time that Indian television will see a story involving vampires, the creative team is trying their best to put in place a script that is convincing enough for the Indian audience. The team has roped in Bobbiy Bhonsle as writer, who has earlier written shows like Kahiin Toh Hoga for Balaji".

Our source further adds, "Though the basic plot of Fanaa will be on the lines of Twilight, the production house will experiment by moving away from the original story line. This is very much needed as they feel that the Indian viewers might not relate much to a typical vampire story line".

We tried contacting Creative Head of the show, Priya Arya and even sent her a text message, but she remained unavailable.

When asked Vikas Goopta, he said, "Yes, I have been approached for the show, and am currently in talks with the production house. It is a very different and young love story".

For the uninitiated, Vikas had been in the news lately for his appaerent closeness with actor Ratan Rajput.

Vivian Dsena tv is boring without you///.,

+ 3
10 years ago they shud keep the story like twilight but take out the vampire part cuz i dont think indian tv has the kind of money for the special effects that r needed for this.

+ 2
10 years ago its defo not last minute choice.. our dear VG was all grooving since last two months.. ha haha.. gud 4 publicity.. bt VG v hope u wud b creative head of KMH2..

10 years ago Dunno abt Vivan but Priya, Sukriti nd Vikas will be greatt to watch.. Can't wait for the show to hit on tv.. thankxx