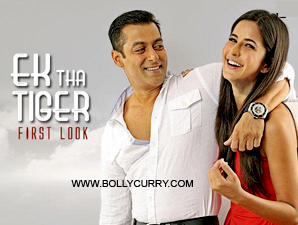 Ek Tha Tiger, starring the Macho Man, Salman Khan and Katrina Kaif officially has a release date since it was last announced on May 4, 2011!
This Yash Raj Productions film can now be expected to hit the theatres on June 1, 2012, after it has started it's production near the end of July of this year.
Directed by Kabir Khan and Neelesh Misra, with Pritam composing the music, the story of the film (written by Aditya Chopra) is of an undercover agent of the Indian intelligence agency, RAW.

exclusive
Exclusive Bigg Boss 14: Sakshi Chopra decides to give the show a miss ...
23 minutes ago

Sushant Singh Rajput case: NO clean chit given to Bollywood ...
53 minutes ago

NCB Gets 6-Day Custody For Kshitij Prasad
a day ago