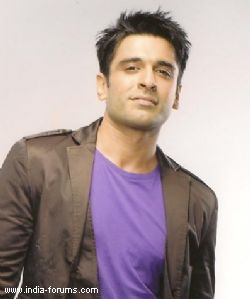 Sony TV's Shubh Vivah hasn't struck a chord with the audience. Reports also suggest that Eijaz Khan, who made his come back with UTV's Shubh Vivah, is unhappy with the footage that he's been getting in recent times.

We contacted Eijaz Khan who told Tellybuzz, " I don't want to comment on anything."

+ 5
10 years ago The first time I heard about this show being a remake of Tamil show Metti Oli and that Eijaz was goin to be the lead, my first reaction was - ' He comes back after a long break and THIS is the show he has signed up for?' I have watched the original in parts, and I am really glad Eijaz is thinking of quitting.. he deserves better...

+ 9
10 years ago THE SHOW HASNT EVEN COMPLETED ONE MONTH

SO HOW IS HE UPSET OVER IT

AND WE ALL KNOW HE IS THE LEAD

OTHER CHARACTERS SHUD ALSO B GIVEN EQUAL IMPORTANCE

ONLY THEN THE FRESHNESS OF THE SHW IS IN TACT

RATHER THAN SHOWING THE LEADS ALL THE TIME

AND ISNT IT TOO EARLY TO COMNT ON THE SHOW

LET THE STORY UNFOLD AT LEST

ITS NOT EVEN A MONTH FOR GODS SAKE

+ 3
10 years ago I was pretty excited for this show but for some reason its not keeping me much interested :S the creatives need to do something major to get viewers :( Was excited to see Eijaz back on tv ... hope the story improves

+ 3
10 years ago wat else u want eijaz khan...dis is only da male lead do b4 marriages...in serial...after marriage only dey get proper footage na...

suzuu06 10 years ago Eijaz stop being a quiter please, well not to be rude or anything but if you quit you'll ruin it for the viewers too because honestly I and my friends only watch subh vivah for you &lt;3

+ 3
10 years ago EK need to have a little patience the show just started and he isn't the only talented actor attach to the show.
There are too many talented actors unemployed cause PH are hiring less experience and non popular actors to pay them a less. If he quit who know's when he'll be back on screen again.