The fact that Bollywood is a fancy name for the Hindi film industry has never restrained the fraternity from including numerous non-Hindi facets in its movies, be it in the form of dialogues, songs, or artistes from such regions.This week, BollyCurry reviews the use of varied East Indian languages in Bollywood films and explores the few attempts made to integrate this not-so-familiar part of Indian culture into the massively popular mainstream Hindi movies. 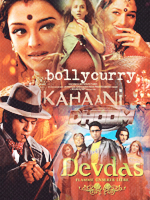 The rich literary heritage of the language was a major factor that helped Bengali language rise to the forefront of Eastern influences, with the Sarat Chandra Chattopadhyay novel 'Devdas' being the one in the limelight. The most recent adaptation of this timeless classic onto the silver screen, Devdas (2002) used Bengali sparingly. This was a given, as the use of extensive subtitles may have ruined the viewing experience for the common audience. The next popular movie that had dialogues from the region, was Dhoom (2004), in which we had the Bengali lass Sweety (Rimi Sen) bursting into her mother tongue every time she got agitated or angry at her husband Jai (Abhishek Bachchan). Though this was not an "artistic" use in any way, her sequences do remain memorable amongst the viewers. A film in more recent times which beautifully captured the cultural nuances of the language was the Vidya Balan starrer Kahaani (2012). It depicted the not-so-subtle differences in the pronunciation of Bengali speakers, from the protagonist Vidya Bagchi's (Vidya Balan) viewpoint, who played an outsider to the culture. With many more movies about to be released set in the region, Bengali is bound to remain the most important Eastern influence in Hindi films. 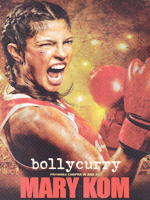 The very fact that apart from Bengali, not many languages from the East has had a minimum presence in Bollywood movies emphasizes that a lot more needs to be done in the future. There have been attempts made in this direction, the most prominent being last year's biopic Mary Kom (2014), where quite a few terms and pronunciations were borrowed from the Manipuri language. A Manipuri term of endearment, "Thoi" was used throughout the movie by the male lead, which enhanced the authenticity of the movie. Also for the first time in Hindi cinema, a lullaby "Chaoro" with Manipuri or Meithei lyrics, as the language is known, was also featured. The movie went on to win National Award for the Best Popular Film of 2014 and this should assuage any fear the film makers have regarding the effect of the using an unfamiliar language on a film's marketability.

Though many popular movies have had portions set in the East, such as "Dil Se" (1998), the industry has always refrained from shooting in actual locations or using any of the local language in their films. This trend ought to change and if so, it can lend the people of the region a sense of inclusion as well as help those in the other parts of the world learn more about the indigenous culture and their way of life. Bollywood, as a popular medium, has the moral responsibility to ensure that this is realized. We would love to hear your thoughts on the use of the languages from orient India in Hindi movies. Do comment below and let us know!
Author: Aishwarya S.
Editor/s:  Ritchelle C. and Hershi J.
Graphics: Shikha A.

Rimi Sen reveals why she started working when she was a child; calls ...

+ 5
5 years ago You missed out Piku which had the most Bengali dialogues and Vicky Donor as well. Anyway Bengali directors and producers have been the pioneers of Bombay Film industry starting from Bimal Ray, Satyen Bose to Hrishikesh Mukherjee, Basu Chatterjee, Shakti Samanta, the list goes on to present day Anurag Basu, Shoojit Sircar, Dibakar, Ayan, Sujoy Ghosh so on.
Bengali influence has been huge on Bollywood since its inception. So many movies have been made based on Bengali novels and movies.
But definitely North-Eastern states have been mostly ignored by BW. Hope Mary Kom sets a new trend and more movies are made in the NE and portray the culture and language of the 7 sister states.