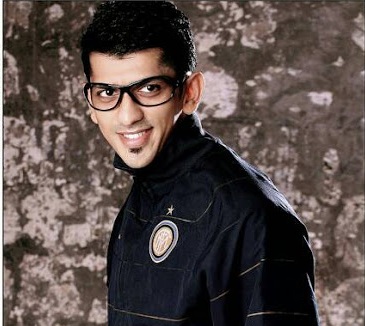 Actor Chirag Desai was last seen as Jignesh in Sadda Haq on Channel V. While he has acted in many episodic series, Sadda Haq was a full fledged show for Chirag, where he got to show his abilities and garner appreciation from his fans.

We ask Chirag about his future plans, equation with co-stars and more...

How did Sadda Haq happen to you?

Well I started my career in television by doing episodic in shows like Savdhaan India - India Fights Back.

Once, I got a call for Jignesh's role as I used to keep on giving audition. When I started shooting for the role, I thought it is some cameo role. But later I got to know that it's a full fledged role and one of the important characters in the show.

Jignesh's was the supporter of the male protagonist Randhir (Param Singh). So I enjoyed playing Jignesh's character. However, I would say that essaying Jiggi's role with proper accent was little difficult as my accent is quite different in real life. Though I am a Gujarati boy, it was difficult for me to speak in the Gujarati accent.

How was your experience being a part of Sadda Haq?

My experience was amazing and it's a life time experience which cannot be forgotten. The show gave me a recognition. Though people know me for my episodic roles, but the youth knows me  for my Jiggi's role.

I remember when my death sequence was aired, it was so scary that I myself was not able to watch it. I remember that after episode, my social networking profiles were flooded with messages of the fans. They posted messages like - Will miss you Jiggi and the most eye catchy one was where a fan wrote that - She hopes that the show become like Ekta Kapoor's show jaha murda bhi jinda ho jaye. I was really touched to see the immense love showered by the  audience. I never wanted to make an exit from the show but script demanded to do so.

How was your equation with the other co-actors?

Recently I visited the sets as the show had completed 300 episodes and that time also we had a great fun. We all are in contact with each other though I am no more part of the show. The best part about the show is that each character in Sada Haq has its own charm and importance. All the actors in the show are really hard working and talented. I know when I was shooting my last sequence where I am shown hanging and others inform Sayukta (Harshita Gaur) about it, for that scene the way she cried and showed her emotions, I was not able to stop my tears as it looked so real. Even when Prof. Vardhan (Krip Suri) gets to know about it and the lines spoken by him were simply outstanding. The same day I called Krip and appreciated him. All the characters are amazing in the show.

What is the one thing that you will miss the most about Sadda Haq?

I will miss every bit of Sadda Haq and it changed my life and gave me so much.

What are future plans?

As of now no plans but I am waiting for the good opportunities to come my way. But I will always miss Sadda Haq.

6 years ago Awww... miss u chirag desai...you put ur best as jiggy..n ur just an amazing actor... missing jiggy so much... best of luck for ur future projects...

6 years ago U deserve better chirag luv u param singh