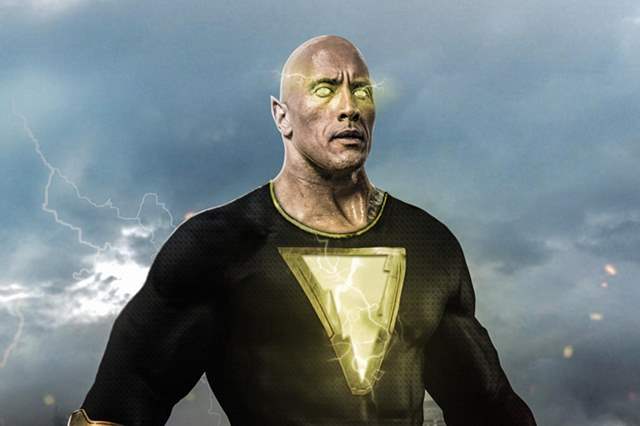 The unstoppable Dwayne Johnson now has another movie set and rolling with a release date. After years of being under development, the New Line film based on the DC villain will open on Dec. 22, 2021, Johnson announced Thursday. That puts it just days after Avatar 2's Dec. 17, 2021 release date.

Black Adam will reteam Johnson with his Jungle Cruise director Dwayne Johnson and is a spinoff Shazam!, Zackary Levi's superhero film that opened in April. Black Adam, an archnemesis of Shazam that dates back to the 1940s, was at one point to have been in a main Shazam! movie but the studio and producers ultimately decided he warranted his own movie.

Though Black Adam has traditionally been a villain, Johnson is selling him as a hero, writing on Instagram: "He’s a rebellious, one of a kind superhero, who’ll always do what’s right for the people - but he does it his way. Truth and justice - the BLACK ADAM way.

Johnson also revealed the poster of the same-

Sanjay Dutt returns home after being admitted to the ...
a minute ago

Satish Kaushik Recalls 41-years of struggle and Courage to ...
11 minutes ago

exclusive
Exclusive Avneet Kaur: I really wanted to create some content for the ...
21 minutes ago

Rubina Dilaik On Participating in Nach Baliye 10 With ...
2 hours ago
View More
TOP