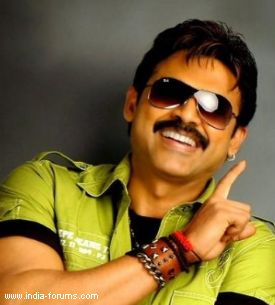 Daggubati Venkatesh-starrer "Drushyam", a Telugu remake of recent Malayalam blockbuster "Drishyam", is currently being shot in Idukki district of Kerala where most of the original was filmed.

"Most of the film will be shot in Kerala, similar to locations from the original. Only for few scenes, the unit will shoot in other places outside the state. The first schedule of the film will be wrapped up soon," the film's spokesperson told IANS.

Being directed by Sripriya and produced by Suresh Production, "Drushyam" also features Meena, Nadhiya and Esther in important roles.

"Drishyam", which is about a man's effort to cover up a murder committed by his family, featured superstar Mohanlal in the lead.

The original is also being remade in Tamil and Kannada. While Kamal Haasan will play the lead in the Tamil version, veteran actor Ravichandran will be seen in the lead role in Kannada.