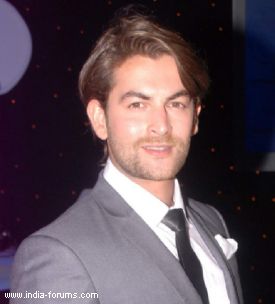 Year 2013 wasn't the best for Neil Nitin Mukesh. Three of his films - "David", "3G" and "Shortcut Romeo" led to many thinking that he has exhausted his career opportunities, but the handsome actor says he's just six years old in the industry and he shouldn't be written off just like that.

"Please don't make the mistake of writing me off," said the well-spoken Neil, who turned 32 on Jan 15.

The fact that his three back-to-back films bombed at the box office in a year full of big screen gems triggered speculation on his box office status and future in cinema.

But he laughs off speculation about his exit from movies.

"Tell me, which showbiz personality doesn't face ups and downs in his career? My grandfather, the great singer Mukesh was out of work for five years until the songs of 'Kabhi Kabhi' brought him back with a bang. People want to portray me as a poor loser? So be it. Let them be happy at my expense," he said.

Neil knows he doesn't sell as a solo hero.

"Sure, I did three solo-hero films in 2013. But ensemble casts have never been a problem for me. If they were a problem, I wouldn't have done 'New York' with John Abraham or 'Players' with Abhishek Bachchan. The character, and not footage or billing is my thing. In 'Players', I took on the role of a sleazy villain. Which other leading man would do that?"

Besides, he has no regrets about being a part of his three under-performing films in 2013.

"Bejoy Nambiar's 'David' is a film I will be proud of for as long as I live. So what if it didn't work? My performance was deeply satisfying to me. Then, '3G' was a horror film. I had never attempted that genre before and I think it didn't lose any money for its producers.

"As for 'Shortcut Romeo', it was designed as a massy film with plenty of oomph and music. Bad marketing did the film in," he said in his analysis and added: "I know it's easy to look for scapegoats and do post-mortems about unsuccessful films. But I genuinely feel I didn't make a mistake with my films so far".

"Look, I am only six years old in the film industry. And I've worked back-to-back with nine national award winning directors. Now it's time for me to work with the newer directors," he said.

His forthcoming films "Ishqeria" and "Dussehra" are with new directors and he is aware he needs to "buck up".