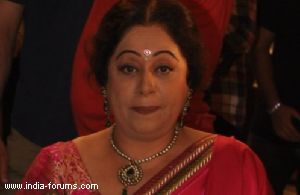 Actress Kirron Kher Thursday said a woman doesn't have to be in the kitchen to prove herself.

"At home, everyone's viewpoint is taken, but the final decision is mine. I don't cook at all. I have no interest in it. I don't have to cook to prove that I am a woman," Kirron, 58, said at a session on 'Vote Lo Suraksha Do' at the political conclave Panchayat Aaj Tak here on Thursday.

Last year, the bold and beautiful actress had said that as a teenager she never took harassment lightly and once slapped a guy for troubilng her.

Just In: Sushant Singh Rajput's cook taken into custody by the CBI ...

Siddhant Chaturvedi’s iconic social media posts that prove his much ...