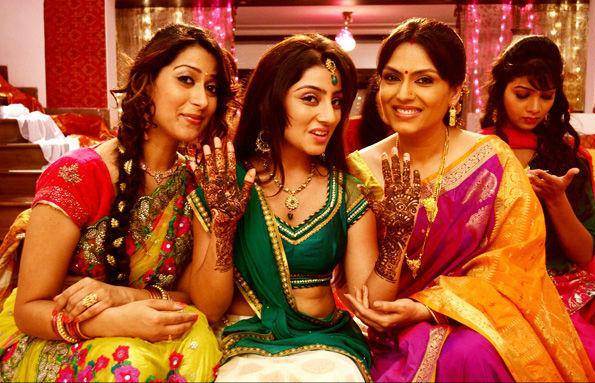 Urmi (Neha Marda) and her family are the typical small towners from the city of Jhansi. A simple girl with dreams of a happy marriage, the story starts with Urmi's wedding preparations as she is all set to marry Samrat (Mohit Malik) who comes from one of the prestigious families in Jhansi. Shown to be an arrogant boy, Samrat who stays with his parents, elder brother and bhabhi doesn't think twice before insulting them. He is the only one who takes care of the vast hotel business that the family runs and is always shown to be busy.

His best friend Ishaan (Siddharth Arora) who has come to stay with him and attend the wedding is exact opposite of Samrat. He is shown to be a sensible, caring person with his manners in place. Ishaan in fact tries to knock sense into Samrat but in vain. Amidst all this is Urmi's cousin, a strong headed girl, Trisha (Snigdha Srivastav) has an unpleasant encounter with Samrat and not knowing that he is in fact her cousin's fiance. When she meets him at Urmi's place she is shocked to know that her cousin is going to marry him in few days. She tries to tell this to Urmi but cannot do it.

Samrat in his ego refuses to get married to Urmi and while everyone is shocked with his decision, Trisha is happy about it and says so to Samrat too. Samrat in a bid to teach Trisha a lesson goes to Urmi's house and tells them that he is ready for the marriage without giving them any reason for his behavior. Even as everyone is happy again, Samrat's mother who is always taking his side demands for some gifts, etc from Urmi's side which puts Urmi's family in shock again as they now have to raise money for it. Urmi
Featured Video 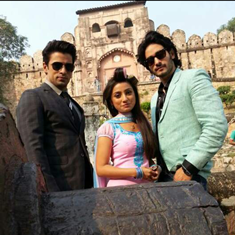 realizing the pressure that her family is going through calls Samrat and tells him that she cannot marry him and cancels the wedding. Samrat is wild with anger but Urmi is serious about her decision.

The entire small town setting, huge family, big houses, wedding situation will all work wonders for people who are fans of such shows. Basically, it is targeted at the interiors since the show talks about women's responsibilities, patience, how she should win her husband's heart, etc.

The story tries to balance the bad behavior of Samrat and his mother with the sweet natured Urmi and likeable Ishaan along with Trisha who is shown to be a modern, no - nonsense girl who cannot suffer injustice.

However, there are tender moments in the show which come across between Urmi and her father or the rare moment when Samrat tries to get close and romantic with Urmi.

Samrat's arroagance is too much to handle. His outright rude behavior even with his parents, brother and pregnant sister-in-law makes him an outright negative character leaving you wondering how can a good guy like Ishaan be best friends with Samrat!

All said and done it is a typical rich boy marries poor girl saga. Even after two weeks of the launch the story is still revolving around the boy and girl in turns saying 'No' to the marriage. The fate of the shaadi which was to shown to be happening in couple of days still hangs in limbo as the couple is in a 'Kabhi Haan, Kabhi Naa' phase.

If at all, Urmi does get married to Samrat expect lots of fireworks as here not only is the mother-in-law a dangerous character, the husband too is no less and someone who expects that a Damaad (Son-in-law) should be treated like a God. He has dialogues where he says that only men should be respected as they earn money while the women should be happy with the kapda, khana and thodasa pyaar that they get from the husband.

The makers need to fasten the pace of the story a bit and decide what they want to portray otherwise it will look like the story of a wedding which never happens and the girl is kept waiting for the doli. 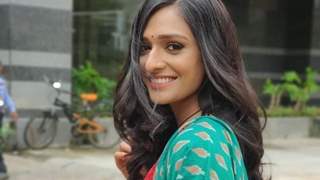 7 years ago Best show. .thnk u zee tv for hving mohit malik in this show. .

+ 2
7 years ago thanks for this article...loving this show!...maybe this show might pull back its lost viewers due to PV2...i am a fan of PV2 also...but it seemed that the audience did not go for it...which showed in the rishtey awards...pv2 did not get a single award...nor was it nominated!

7 years ago I love such love stories..waiting for wedding..nd then after wedding romantic scenes..

tellylove 7 years ago The story is slow, but the chemistry between 4 main actors is nice. Samrat Trisha, Neha Ishaan. Its a reflection of our society. People living in metros who think it is regressive have no idea about the reality of India. Regressive rude men like Samrat, greedy manipulating mum in law, helpless fathers, naive girls like urmi and modern girls who face resistance from society like Trisha. The show is good as it is showing a mirror to a lot of people. Lot of PV fans here, and with due respect to your individual pref for some actors or shows, try and be realistic and appreciate those who can pick up real themes like arranged marriage, male ego, dowry, regressive attitude, and most importantly aggression towards modern woman. Good show..guys keep it up.

teesha176 7 years ago The lead girl-Urmi, Shes too much...She portrays being shy in each and every dialogue!

7 years ago Story line interesting. Dint feel like dragging. Now most of the heroes in TV got a negative start. But gt a doubt in the serial whether Ishan will marry Doli...

7 years ago So far this is a good show and is very well done.

I don't understand the criticism on the pace, it's like people think story only start with the actual marriage. All of what's happening before the wedding is allowing the story and characterizations to develop.

7 years ago loving the show...first thing all the star cast in excellent...sabse bada srar to mohit malik...kya acting hai...I hate typical sas-bahu..excessive sweet husband wife relationship...husband will always behind wife...very boring for me. This show is like always something is happening and my family wants to see what will happen next and we make guesses. I am already connected to DAK. Good job to whole team of DAK.

7 years ago Plzzz give me a break Dak is entertaining nd PV was also over nd done for audiences...nd DAK has mohit malik nd I watch it only for him..rest assured