The very much loved character of Miley Jab Hum Tum, Dodo aka Jas Karan Singh has come out with unique cheating tricks in the show. The actor goes the Aamir Khan way by scribing on his body. 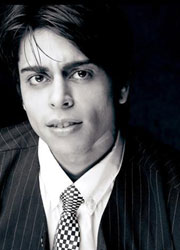 Featured Video
“I’m tired and have tried every possible way to cheat. This is another way in which I try to pass my exams,” says Jas.

The take-off from Ghajini was actually the idea of the creative team. “It’s the Ghajini craze that is going around, so they thought of making a scoop on it. I paint all the answers on my body and try to copy. During the examination, I peep into my t-shirt to search for the answer. It was really a funny scene. This episode will be aired coming Monday,” he adds further.

Jas always wanted to do some bare-body scenes and finally got the chance. But during the making of the scene, the actor faced few difficulties. “Initially I got allergic with the marker and sketch pens used on my body. I told them that these things will not work as I had applied skin toner, but still the guy went ahead and started scribbling on my body. My skin got red, and eventually I had to call the production guys for help,” he quips.

“After few hours when I felt good, they brought body paint and then imprinted with it. The final scene came out very well, but I really didn’t know how to react. I was happy for the scene, but at the same time I was sad because I lost my dog just few days ago,” concludes the actor.

So viewers, what do you have to say about the trick of Dodo to pass his exams??

13 years ago How does he come out with all these wacked ideas?
lol

13 years ago haha i love him and his character!
too cute!

13 years ago omg another victim of miyavi''s tattoo desgns XD''

+ 4
13 years ago dodo is the most cutest charactar eva