The news of Karan Singh Grover and Shraddha Nigam no longer being a couple, even before they celebrate their first wedding anniversary (December 2nd) has come as a shocker to the their fans..

However, Telly Buzz has dug in more information on what exactly went wrong in the married life of Karan and Shraddha.

It has been reported by all scribes that Karan's closeness with Nicole was the reason for Shraddha calling off the marriage. However, there is more to it and here is what we found.

According to our source, "Shraddha has always been committed to the relationship, and has been very passionate when it came to supporting Karan in all ways possible. This was very much visible during the Jhalak days when Shraddha vociferously appealed for votes for her hubby in their official blog. However, this commitment was not there from Karan's side, and he got too close to Nicole ever since his Jhalak days".

However, the unknown factor about the whole drama is that it was not a triangle of sorts between Shraddha-Karan-Nicole, but there was one more girl involved. "In fact, Karan was going around with his close friend and co star of Dill Mill Gayye, Jennifer Winget too. Jennifer who was in love with Karan was made to believe that Karan would soon seek divorce from Shraddha and marry her. But Jennifer had no idea about the impending danger coming from Nicole too".

Our source adds, "Karan on one hand was having gala time with Nicole outside, and pretended to be in love with Jennifer too at his work place. At home, there was Shraddha who doted on him a lot. However, things went berserk when Jennifer got to know about Nicole's presence in Karan's life, and that is when she confronted him on the sets of Dill Mill Gayye".

Confirming this news, our source from the sets of Dill Mill Gayye on terms of anonymity told us, "When Jennifer got to know about Nicole, she slapped Karan hard on his cheeks and just fumed out of the sets. These incidents did not happen now, this was months back. And after this, Karan and Jennifer could not look into each others' eye, and would come and shoot their scenes separately. But this could not go on for long, as the story had to focus on their love scenes too. This is the main reason why the new interns were roped in, as Jennifer down the line, found it very tough to even come to the sets".

In the midst of all this, even Shraddha decided to part ways with Karan. "Karan and Shraddha filed for a divorce months back, and just last week, their divorce got granted. Shraddha even today continues to stay at Karan's place, but she is really heart broken. She has not yet come to terms with whatever has happened in her life in the past few months. Karan has now moved to Nicole's place", adds our source.

However, we got to talk to Nicole, who had her answer ready even before we had finished our question. "I really do not know what is happening in the life of Karan and Shraddha". When asked about her linkup with Karan, she just had this to say, "No comments".

We also tried calling Shraddha, and even sent her text messages. Eventually, she sent us a reply in text which read, "I would like to maintain my silence on this".

Our repeated attempts to get in touch with Jennifer were in vain. We later got to know that she is right now in Goa, and is trying her best to get over the trauma that she has recently faced.

Well, with the entire picture before us, we can only say that we pity all the three girls who fell for Karan's charisma and trusted him blindly…. 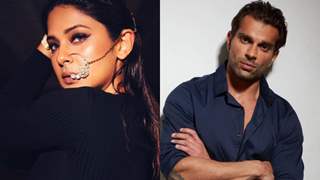 7 years ago @Mpakeez, Nobody writes bad articles about Shardha and Mayank bcoz they have not done something bad. Mayank and Shraddha fell in love after Shraddha's divorce and If your Jennifer karan can have affairs, even when he was married so at least After the divorce, Shraddha has full right to get married again.
and yeah, we are not blaming only KSG

! We know that Nicole, KSG and Jennifer were also equally responsible and Shraddha's mistake was that She was too good and unlike Jennifer she didn't try to defame anyone.

Karan & His Lady Love..
U guys will never Knw Wat exactly is happening In his Life..

Nobody Till Now write about How Shardha Got Involved Wid Karan's Close Buddy Mayank & end Up wid Marriage..

& About Nicole & Jen..
U guys Need to Research Again..
There z Still something Missing frm Ur Side..

I Never Said Karan was Not At Fault..
But Y Only Him..

Anyways There z More Comming for U Guys About KSG's Life..
Be Ready *Wink*

7 years ago how disgusting !!! Nicole, Karan and Jennifer should be ashamed of themselves. Cheater and Homewreckers

Nicole, Karan and Jennifer were equally responsible for Karan-Shraddha's broken marriage. But now Nicole is still single and now Bipasha become reason for KaJen broken marriage. Jennifer and Nicole got their punishments. On the other side, Shraddha is happily married with Mayank. everyone is getting what they deserve.

Someday KSG will also get his punishment.

+ 2
8 years ago Piglet is a bloody HOMEWRECKER ! KSG will do the same with her one day because karma is a bitch !

8 years ago How cheap . that's y i don't like Karan ,Jennifer and Nicole .

+ 4
9 years ago How cheap! No wonder he has only online popularity and none in real life. Great looker but...What a shame!

Equally shameful are those women who got involved with him knowing he was married!

9 years ago ugh! I thought he was a sweet guy yaar:((
Here we have this possessive hubby...with a three faced past. No wonder Jennifer KEEPS going on the sets of QH...

9 years ago How can someone be so cheap...If u don't like/love someone why do u drag his/her to marriage only to make mockery of it?????? Really KSG sucks...

+ 5
9 years ago Yappie finally i know the truth... poor Shraddha,,, but i think she's lucky that SHE MOVED ON before further cheating..l