India is a melting pot of languages and customs, and Bollywood makes full use of this fact by never restricting it's screenplay and music to merely Hindi. There have always been numerous collaborations and fusions of various languages, making songs all the more appealing to the ears. I, DJ Bolli, have noted the return of Gujarati lyrics in songs, and 2013 has presented quite a lot in this subject. Let's scan through the influence of Gujarati folk, garba and dandya melodies on our Bollywood music. 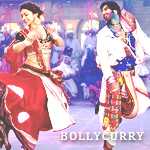 Sanjay Leela Bhansali is renowned for basing his movies in a Gujarati backdrop. From Hum Dil De Chuke Sanam's "Dholi Taro Dhol Baje", to Devdas' "Dola Re Dola", and the recent blockbuster, Goliyon Ki Raasleela Ram-leela's "Nagada Sang Dhol". It may even seem like Bhansali is in no mood of exploring different horizons as he only wishes to promote Gujarat. DJ B. isn't very keen on following the same old methods each time repetitively, but it surely doesn't irk me as the trend has been giving us some high pitch super hit songs. All three tracks, which are Bhansali's own compositions, have left no stone unturned in being the most played ones during every year's Navratri bash. 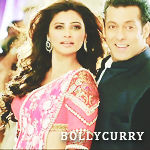 If dandya and garba style weren't enough, Gujaratis have now moved to fast track party songs. Yes, I'm referring to the most recent "Photocopy" from the Salman Khan starrer, Jai Ho. Surely the song wasn't everyone's cup of tea, but for our Gujarati bhaiyon ane beheno, this track was ek dum saras! Yes, you know me, I don't give a star to any track easily. However, this one has my permission, hands down! Khan and Daisy Shah have definitely bowled this one fairly well. 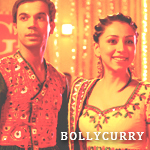 Kai Po Che!'s "Shubhaarambh" wasn't a chartbuster for too long - at least not for DJ Bolli, but it surely didn't miss out on giving some real catchy and shudh Gujarati lyrics. Relatively different from the rest of the Gujarati-mix tracks, this one in particular had quite a lot of long Gujarati phrases, making one feel like watching a Gujarati movie, not Hindi. Well, "Shubh Ghari Che Aavyee", then why not experience a change for the best? It's a thumbs up from my side! 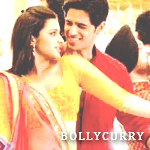 The list is incomplete without the very first Box Office hit of 2014, Hasee Toh Phasee. With Parineeti in her extremely bubbly yet vivacious nature for the movie, the songs were also composed in a manner to suit. DJ B. could not, and still cannot, imagine Gujarati's rapping in their songs! One such shocking track is "Badhu Bhegu Se". It begins with a rap, and ends on the same note. This track is famously renamed to "Gujarati Rap Song"; DJ B. only hopes that the Gujaratis are happy with this innovation for them by Bollywood, because I surely am!
One language is never enough for the multifaceted India. DJ Bolli prides herself in speaking seven different languages, Gujarati being the utmost favourite! Tame maline anand thayo, please feel free to add any other such tracks which have positively influenced the fusion of Gujarati with Hindi via Bollywood. Shubh Ratre!
Writer: Sonia R.
Editors: Mohini N. and Gunia M.
Graphics: Amna M. and Shikha A.

Rhea Sharma to be seen in Ekta Kapoor's next?
18 minutes ago