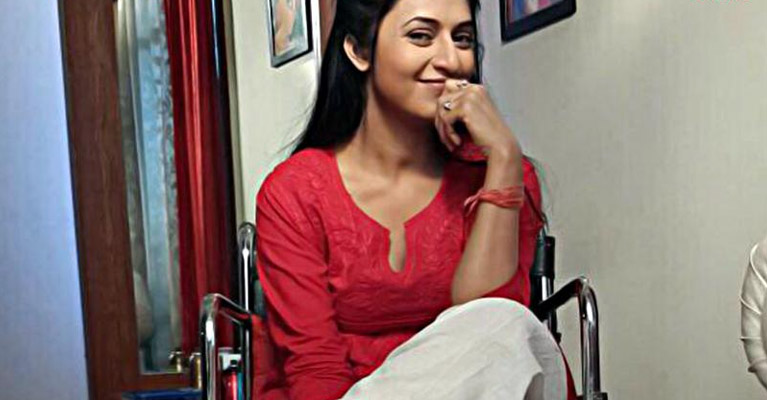 Divyanka Tripathi is injured, but not out of action. The love and admiration that has come her way has compelled the actress to perform in a wheel chair at an awards function.

The actress will perform at Star Parivaar Awards. The change in plan has brought a smile on Divyanka's face, who has already started rehearsing for the event.

"I was extremely sad initially when I thought I wouldn't be able to perform at the 15 year celebrations of the Star Parivaar Awards. And since I still can't put much pressure on my foot, the idea of performing on crutches and a wheelchair happened. I've already rehearsed for my act and I'm really excited to perform it on stage," Divyanka said in a statement.

For the performance, the actress is said to have requested the choreographers and the channel to exclusively design a wheelchair on which she will be performing on the big day, read a statement.

The actress, who plays the role of Ishita Bhalla in Star Plus show "Yeh Hai Mohabbatein", suffered a leg injury due to which she was restricted to the wheel chair for two months. The actress is now on the road to recovery.

The awards function will be aired on Star Plus on June 7.

+ 3
5 years ago How come I missed this? I'm excited too Divyanka!

5 years ago Divyanka Tripathi ,u are the most genuine actress!!!

5 years ago Love u Divyanka Tripathi , wud like to see u more in events

5 years ago Divyanka Tripathi you are literally perfect.

5 years ago Divyanka Tripathi you r beautiful inside n out ,,,,

5 years ago Hats off to you Divyanka Tripathi
love you :)

5 years ago
.Divyanka Tripathi you are just phenomenal

5 years ago Flawless , Clap For U Divyanka Tripathi *

5 years ago ]Divyanka Tripathi you are just phenomenal