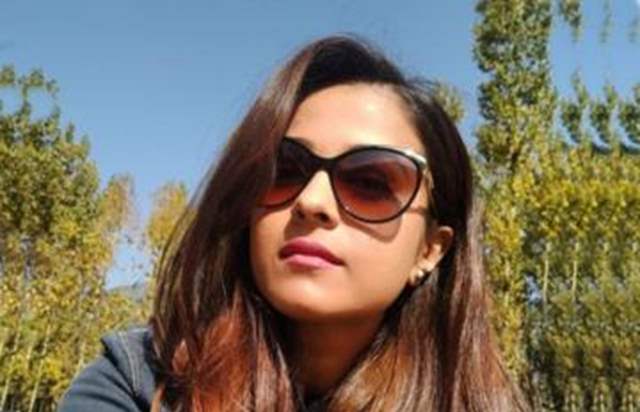 Disha was Sushant Singh Rajput’s former manager and died on June 8, a week before the actor’s demise on June 14 2020. Earlier there were reports that stated Disha committed suicide by jumping off the 14th floor of her apartment in Mumbai’s Malad. However, after Sushant’s demise, several reports suggested a link between both the deaths.

Many conspiracy theories surrounded Disha’s demise, and BJP MP and former Chief Minister Narayan Rane made shocking claims where he stated that Disha Salian did not commit suicide but she was raped and murdered.

However, Disha’s father has rejected all such reports in his letter to Mumbai Police. He wrote: “I am writing this to you as my family has been continuously harassed by journalists and media people in relation to the death of my daughter Disha Salian.”

“In addition to the said letter, I would like to bring to your attention the atrocities of journalists and media people on my family. The media people come unannounced at my house hiding their original brand in the name of interviews regarding the death of my daughter. They are providing the media with misleading news which are not only creating hindrance to the actual inquiry being conducted, but it’s also taking a toll on my family,” he said in the letter.

“We are being harassed by these people by repeatedly questioning our faith in Mumbai Police and their way of inquiries conducted. We have already given our statement to the police that we do not suspect anyone of foul play,” he added.

Disha’s father Satish Salian debunked reports of rape, murder and any political involvement in his daughter’s demise. “News about her involvement with any politician or attending parties with big names of film fraternity, rape, murder are all the stories cooked by these media people just to sell it to channels. These stories hold no truth. These are misleading the people and tarnishing my daughter’s reputation and my family’s reputation. These fake news are taking a huge toll on my family’s health and we are being victimised by the media,” he wrote.

“We are completely satisfied with the investigations being conducted by Mumbai Police and have faith in them,” he asserted and requested the police to take action against the journalists, influencers, politicians and media houses for spreading fake news about Disha.

Meanwhile, Sushant Singh Rajput’s death case has been handed over to the CBI for investigation. 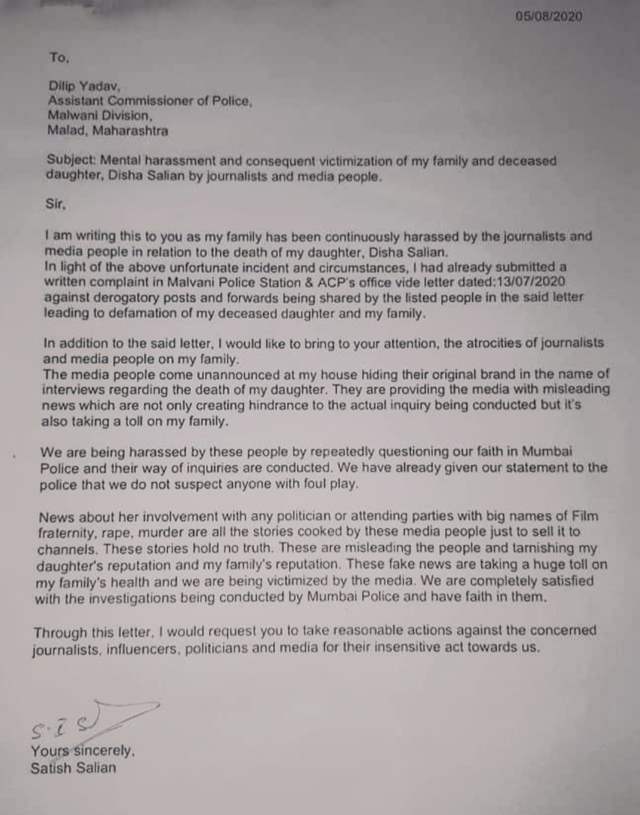 ED rejects Rhea Chakraborty’s Plea to Postpone Recording of her ...

Cinesoda 1 months ago It’s true. Indian Press and Media need to be regulated more and libel laws should also be tightened.

Payal Ghosh To File Official Complaint Against Anurag ...
51 minutes ago