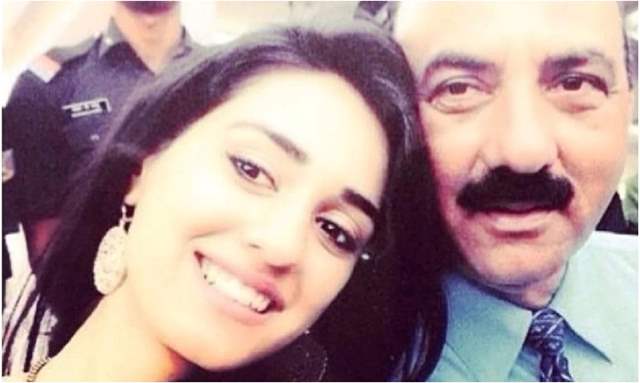 Since morning, reports of actress Disha Patani’s father testing positive for Coronavirus is making headlines. Several reports are making the rounds that Disha’s father Jagdish Singh Patani, who is a deputy SP in the vigilance unit of the state power department, has tested positive for COVID-19, along with two more officers.

However, Disha Patani’s team has quashed all such reports and cleared the air in a statement. According to the statement, her father is absolutely "fine" and also urged people to stop spreading wrong information.

As per the reports surfacing on the Internet, the actress’ father, a deputy SP in the vigilance unit of the state power department along with two more officers tested positive for the virus. Following this, the zonal chief engineer's office has also been closed for the next 48 hours. Reportedly, Additional CMO Ashok Kumar revealed that the three officers, who came from Lucknow, tested positive on Wednesday. They were reportedly investigating a transformer scam.

Meanwhile, Disha Patani is in Mumbai and is reportedly staying with rumoured boyfriend Tiger Shroff. She often shares fun pictures of herself and Tiger’s sister Krishna Shroff, who she shares a close rapport with.

On the work front, Disha will be next seen in Salman Khan’s Radhe: Most Wanted Bhai, that is reportedly eyeing a Republic Day release.

review
Review Shriya Pilgaonkar and Iqbal Khan steal the show away in the ...
16 minutes ago