'The arrests were made after repeated complaints from Congress leaders alleging that Seeman and Mani had denigrated late former prime minister Rajiv Gandhi's sacrifice and had continued inflammatory, secessionist speeches,' a police official said.

They will be produced in a local court in this textile city, 350 km southwest of Chennai, where they were brought from different parts of Tamil Nadu, the police said.

While Seeman was arrested in Batlagundu, 150 km southeast of here, Mani was picked up from Mettur, 50 km away, earlier in the day.

'These are our continuing measures to curb suspected anti-national activity,' Director General of Police K.P. Jain told IANS by phone from Chennai.

Mani told reporters during his arrest that Tamil activists were being illegally victimised by the ruling DMK under pressure from the Congress, the party to which Rajiv Gandhi belonged.

'The Supreme Court has observed repeatedly that according moral support to the cause of the ethnic minority in Sri Lanka cannot be deemed as an assault on India's unity and integrity. Yet, the DMK regime is illegally victimising us under obvious pressure from the Congress that is supporting the minority government in the state,' Mani said.

Mani has been imprisoned in the past for espousing Tamil secessionist causes.

K. Ravichandran, who works for director Seeman, has meanwhile lodged a complaint in Chennai that his boss' car was set afire by miscreants owing allegiance to central minister E.V.K.S. Elangovan.

Directors Seeman and Ameer were earlier arrested in October for reportedly making speeches inciting violence during a protest demonstration in Rameshwaram in southern Tamil Nadu to express solidarity with the Tamil minority in Sri Lanka.

The directors denied the charge and claimed they were only protesting the attacks on Tamils in Sri Lanka. The duo was released shortly on conditional bail and ordered to stay within the Madurai jurisdiction.

MDMK leaders Vaiko and M. Kannappan were arrested on similar charges the same month and then released in November.

Political parties in Tamil Nadu have expressed anguish over the killings of innocent Tamil civilians in Sri Lanka by its military establishment during the ongoing civil war to quell the banned Liberation Tigers of Tamil Eelam.

The rebel Liberation Tigers of Tamil Eelam was behind the killing of former prime minister of Rajiv Gandhi.

India is separated from Sri Lanka by a narrow expanse of water called Palk Strait. 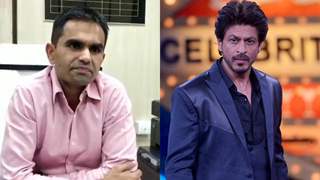 NCB Zonal Director Sameer Wankhede says "We are not targetting anyone" 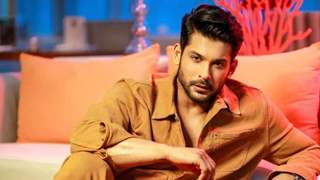 Sidharth Shukla's prayer meet to be held at 5 pm today