All of the Bollywood movies that we've come to love over the years would've been impossible without a grinding force behind the scenes. More often than not, the director is lauded for the overall presentation of a film. Therefore, in this edition of Director in the Spotlight, BollyCurry shines its light on a man who is the epitome of sheer brilliance, Sanjay Leela Bhansali. 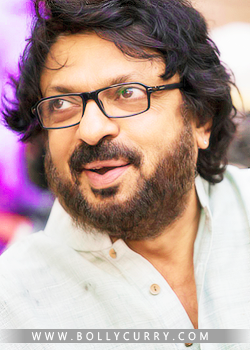 Bhansali, born on the 24th February, 1963, is more than a director; he's also a producer, screenwriter and a music director. Bhansali made his directorial debut in 1996 with critically acclaimed Khamoshi: The Musical. However, his second film proved to be the turning point of his career as Hum Dil De Chuke Sanam (1999) was not only commercially successful, but also won many awards nationally and internationally. Bhansali went on to direct many successful films that rewarded him greatly in terms of trophies and fans.

By 2005, Bhansali was known to choose films that carry a strong societal message based on growing issues of concern. Devdas (2002) and Black (2005) are two of these films that were well received and applauded for their distinguished storyline and incomparable casting. To date, these two are known to be his most successful films. His recent ventures, Goliyon Ki Rasleela Ram-leela (2013) and Mary Kom (2014) were also commercially successful and critically acclaimed as Bhansali continues to shine through with his unique films.

Did You Know?
BollyCurry wishes Bhansali continued accomplishments in his life and may his upcoming films Main Gabbar and Bajirao Mastani bring him many more accolades. Until our next edition of Director in the Spotlight, you are encouraged to post your best wishes for Bhansali in the space below.

Author: Mohini N.
Editors: Nisha M. and Gunia K.
Graphics: Nabila S.
Have a suggestion or comment for BollyCurry? Drop us a PM at BC_Dropbox Today!