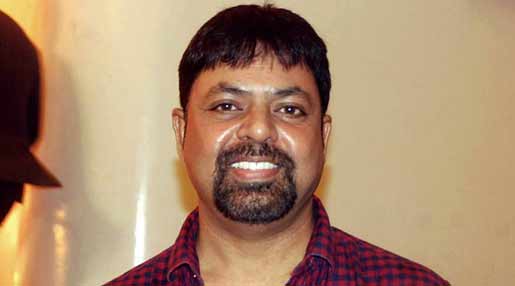 Composer-turned-filmmaker James Vasanthan says directing Tamil musical "Vaanavil Vaazhkai", slated for release on Friday, was exciting but not challenging, as music happens to be his first love.

"It has always been my dream to score music for a musical. But nobody was interested in making a musical. So I decided to write my own story, compose music and direct a musical. I found the whole experience extremely exciting," Vasanthan told IANS.

"I agree the process was time-consuming but it was still exciting. In a regular film, you have about five songs, but there are 17 songs in this film. To write, compose, record, audition actors and finally shoot it, was an invigorating experience," he said.

"Vaanavil Vaazhkai" marks the directorial debut of Vasanthan, but he says making a musical was no different than composing music for any film.

"I didn't feel like I was directing a film. Since this is a musical, I felt like I was composing music for a normal film. The only difference is that you can't place songs wherever you feel like in a musical because most of the story is narrated through songs," he said.

For Vasanthan, the whole filmmaking process was a "musical experience", and he clarified that the film's treatment is far different from a Broadway musical.

"I've tried to strike a balance between a musical and a light-hearted campus entertainer. It's about rivalry occurring among college students taking part in inter-collegiate cultural fests. Most of the incidents are inspired from campus stories," he added.

The film features an ensemble cast of newcomers, who are around 20 years of age.

"When you're making a musical, the actors in it need to play some instruments. When I finished writing, I didn't search for actors. I looked for young musicians who could also act," he said.

"I could've cast popular playback singers but most of them were little older than the characters I had written. And that's precisely why I chose newcomers, mostly college students, with good knowledge about music," he added.

He said the shooting environment was mostly vibrant with jamming sessions. He even casually shot a few rehearsal gigs and included it in the film.

Vasanthan wants audiences to watch the film with no expectations and enjoy some great music.

Sanya Malhotra is going to have an exciting 2021; Close source shares ...

Randeep Hooda all set to make his web series debut; Calls it exciting ...