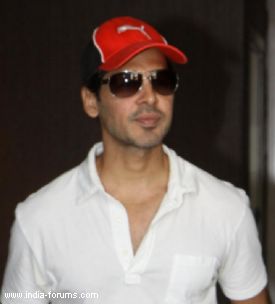 Actor-producer Dino Morea, who got himself enrolled for acting classes under celebrated theatre director N.K. Sharma, is now eagerly waiting to face the camera again.

"It (acting class) was for me to learn. I wanted to get better at my own (acting) skill. I believe that all the actors at one point of time should unlearn to learn something new again. I went to Delhi for the same purpose," Dino told reporters here Friday at the opening of an art show.

"So now I am just waiting for an opportunity to come my way where I can show my skills," he added.

Sharing his experience of training under Sharma, Dino said: "He actually taught me what acting is. He really took me to the basics and taught me what I know now."

Nawazuddin Siddiqui Waited 20 Years to Work with Sudhir ...
43 minutes ago