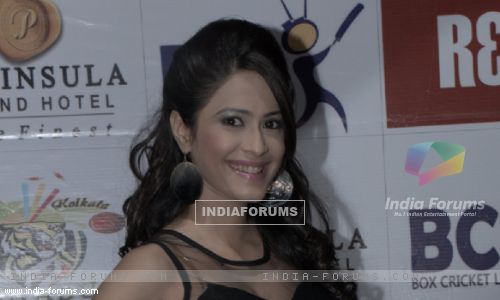 The 24-year-old was on cloud nine when her friend Salil Acharya fulfilled her wish of meeting Varun.

Talking about the incident, Dimple explained in a statement: "I am thankful to Salil for making me meet Varun Dhawan. As an actor, these are extremely interesting times .I think the new generation of actors are really pushing the envelope real early in their careers.

"Particularly I'm a huge fan of Varun and I deeply admire him for his choice of roles. His range is so fantastic that he plays all his roles with utmost conviction be it a 'Main Tera Hero' to 'Humpty Sharma Ki Dhulania' and now 'Badlapur'.

"I actually waited for an hour to meet him and I really hope that his next film 'Badlapur' takes him notches above . He definitely is a superstar in the making."

Asked about her plans to enter Bollywood, Dimple said: "I would like to debut in a film opposite Varun Dhawan. Who won't like to be paired opposite him?"
Featured Video