View Profile
After the success of his debut directorial "Mary Kom", through which he told Olympic bronze medallist MC Mary Kom's story on the big screen, Omung Kumar is working on another biopic. But he says he wanted to avoid making a film of the same genre. 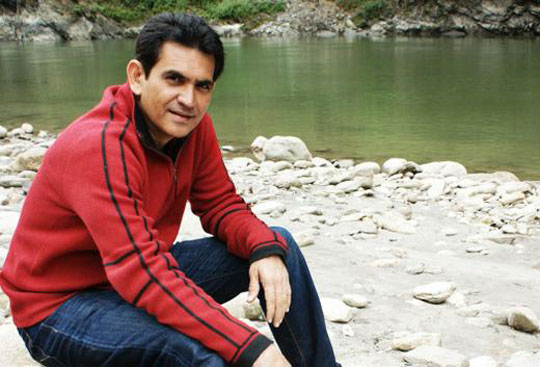 His new movie will be a biopic on Sarabjit Singh, late Indian death row prisoner in Pakistan.

"I had earlier decided not to make a biopic again, and I didn't plan to make a biopic on Sarabjit. There was a good story in place, so I'm making the film. I had thought I'll make a biopic perhaps after I try a few more films, but this story turned out to be so good that I kept all other stories aside and chose to proceed with this one," Kumar told IANS.

Despite being only a film-old as a director, Kumar, a successful set designer, has carved a niche for himself with his fresh style of filmmaking.

Asked about it, he said: "When there are new minds, obviously there are new kinds of thoughts. Audiences are adapting according to this thinking. Change comes about on its own...I've been in this industry for many years now and perhaps I'll also make these kinds of commercial cinema some years later."

Aishwarya Rai Bachchan has been finalised for playing the role of Sarabjit's sister Dalbir Kaur in the film, while Randeep Hooda will be essaying the character of Sarabjit.

5 years ago Sarabjit singh's story is very touching...Hope Omung does it well like Mary Kom...Randeep Hooda should carry the role out well..