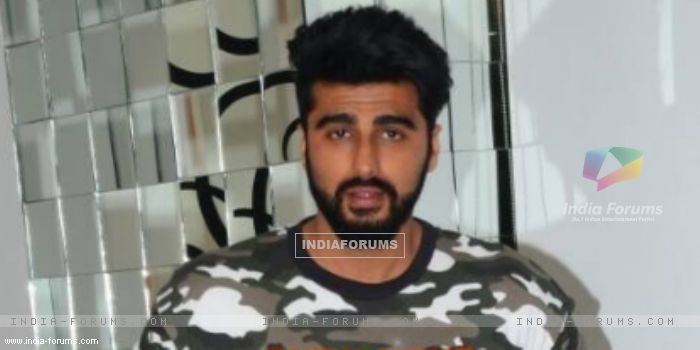 Actor Arjun Kapoor, who is reuniting with his former "Ishaqzaade" actress Parineeti Chopra for Dibakar Banerjees film, says working with the director was always on his wish list.

During the promotion of his forthcoming film "Mubarakan", Arjun was asked about teaming up with Banerjee for Yash Raj Films' "Sandeep Aur Pinky Faraar".

The actor said: "It is very exciting. This is the first time Parineeti and I felt like pairing with each other again because of the story of the film. Dibakar Banerjee is one such filmmaker who has been on my wish list since a long period of time."

"It will be different from 'Ishaqzaade'. YRF is a home film, Parineeti is a special co-star and the material of the film is something different so, this combination will make this film more special."

"I feel when you work with co-actor with whom you have already worked, then it needs some kind of freshness so, it is an interesting space for us and we will start shooting for the film in October," he added.

"Sandeep Aur Pinky Faraar" is about a man and woman, who represent two completely different India, and also deals with their love-hate relationship.

Moving on to "Mubarakan". What prompted him to do a film like this?

Arjun said: "I wanted to work with Anees Bazmee and the icing on the cake was having Anil chachu (Kapoor) on board and doing a double role because that's the challenge you look for as an actor."

"The film was not generic and I really believe in the script of this film. I really feel it is genuinely funny film and it's a wholesome family entertainer. I haven't done something like this earlier.

"The closest family film that I done was "2 States", but this slightly more light-hearted and time pass film. But in the end, this also has some emotions and gives a message to the audience."

Expressing his views on young actors and directors not attempting much comedy, Arjun said: "There hasn't been much written when it comes to comedy films these days. Actors cannot go and sign scripts beyond a point. Actors make decisions on what is being offered to them and also directors have to see the potential in you to fulfill it."

"Anees Bazmee must be having some faith in my performance abilities to offer this film. Comedy is not something that everybody can do," he added.

"I also feel that younger directors are not pan India in their thinking. Their upbringing is more digital and they are more into younger thought process and problems of today's world."

"Comedy in India always worked when it was relatable to everybody. If you see Kapil's (Sharma) show, he does things that everybody can understand and that is why he does so well."