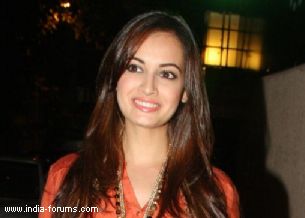 Actress-producer Dia Mirza's mother has been advised to undergo an emergency heart surgery due to which the shooting of the former's production venture "Bobby Jasoos" has been postponed for a few days.

"Dia's mother has to undergo an urgent heart surgery due to which the schedule of 'Bobby Jasoos' has been postponed by 11 days," read a statement on behalf of Dia's production banner Born Free Entertainment, Monday.

"Bobby Jasoos" is the second project under the banner which Dia co-owns with Sahil Sangha. The film stars Vidya Balan in the lead role.

"Dia and Sahil are very grateful that Vidya and the entire star cast and crew have been supportive and accomodative. The surgery is scheduled for the middle of this week. The film will now commence Nov 25," she added.

Deepika Says 'Maal' Was Code For Cigrarettes; Denies ...
27 minutes ago