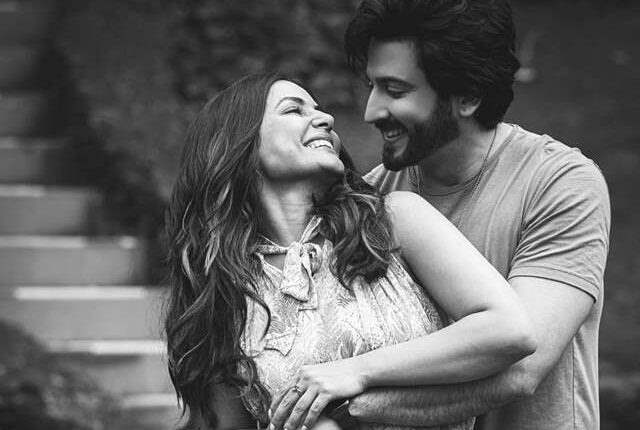 Dheeraj Dhoopar and Hina Khan's music video Humko Tum Mil Gaye released recently and it has opened up to a great response. The two first shared screen space in Naagin 5 and they managed to have the fans in awe in a limited period of time. With the music video, we saw them take on a rather different story and it has been received well by the audiences.

We got in touch with Dheeraj and spoke about the response, working with Hina in a different space, and other things. Read excerpts from the conversation...

How overwhelming has the response gotten for you?

It has been great, I am totally excited and happy post the response we have gotten for the song and people are loving our chemistry, the song is beautiful, the video has come out so well and it is all lovely. The kind of response we have gotten is great and we have been trending on Youtube for a while and the number of views is also visible of the love.

The music video happened because of you and Hina in Naagin 5 and it is rather unconventional. What do you have to say about it?

I was about to finish the shoot for Naagin 5 while Hina was already done shooting when we got the call for this video. We heard the song and it was so beautiful and we immediately said yes. But that time I did not know that it is opposite Hina and I came to know later and I think that was one of the reasons for doing it as well. Among other things, working with Universal is also a great thing and I always wanted to do this and I am glad that it happened at the right time. So Naagin was a very short thing for both of us but we got great reviews for our chemistry so we thought we can make our fans happy with something like this.

There has been an upsurge in the trend of music videos as has been seen, was that one of the reasons to do the music video

This is a great space and a great time to work in right now (for us actors) since there is no line out here, that I am doing TV, etc. First of all, I don't want to be called a TV actor, especially when people are doing web, films, music albums, and it is a great space to be at. I am happy that this came along, though I've done a music video earlier as well and that was a different thing. I believe there is a different audience for these things where people go and watch music videos. This is new for me and I am happy to be in this space while also looking forward to doing more such videos.

Do you think that because of the upsurge, fans might tire off the idea of music videos and it may get monotonous?

I believe if the content is good, the audience will always come back, irrespective of it being a TV show, a movie, a series, or a music album. So long as the content is different, the audience is bound to come back and that is what we are doing, our video was something that was totally different and it is amazing given the kind of compliments Hina and I are receiving for the chemistry, the song, and everything else. I don't think it is going to be monotonous anytime because every song and video is different from each other.

As an actor, what genre/space are you looking forward to exploring?

I am looking forward to exploring everything because this is a very happy space for me right now and I want to do something exciting in the webspace, I want to get into films also, something that I have not done earlier. Naagin was very exciting for me for example as I played a grey character for the first time on Indian television and I loved performing it.