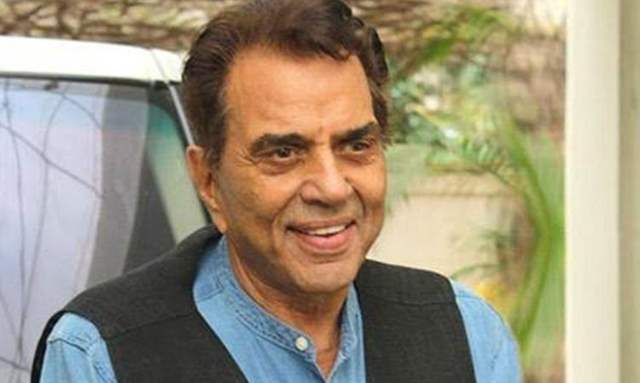 Dharmendra has been a part of Bollywood for a long time now. The 84-year-actor will turn a year older on December 8, he will celebrate his 85th birthday. In a career span of six decades, Dharmendra has made an enormous contribution to the Hindi film industry and he continues to work despite his age.

The Yamla Pagla Diwana actor is all set to return on the sets after two years after the announcement of Apne 2 with his two sons, Sunny and Bobby, and his grandson, Karan.

During a recent interview with Mid-Day, the actor spoke about his age and revealed that he doesn’t feel old and is excited about doing new work. Dharmendra mentioned that he stopped counting his age after turning 60 and irrespective of the age one should keep his enthusiasm alive.

The actor further said that the camera loves him, which transforms him into a different man when in front of it.

In his interview with Mid-Day Dharmendra also spoke about the love he has received from his fans and added, “I had dreamt of being an actor and became one because of my fans. My biggest worry is that my fans may stop loving me. So, I keep myself grounded and consider myself a newcomer even today. I tell myself that I need to experiment with different roles.”

Veteran actor Dharmendra recently announced that he will soon be seen in Apne 2 with his two sons, Sunny and Bobby, and his grandson, Karan. Even though he is returning to the big screen after two years, he is excited as ever to be back in front of the camera.

Dharmendra was last seen in Yamla Pagla Deewana Phir Se in 2018. The film also starred him with Sunny and Bobby.

Recently, Dharmendra, Sunny Deol, and Bobby Deol’s Apne clocked 14-years since its release. On the auspicious day of Guru Nanak Jayanti, the makers and the family decided to announce it’s a sequel with the blessings of Guru Nanak Ji.

As reported earlier, the team is up for an encore after 14-years. The film will see the terrific trio and they would also be joined by Sunny's elder son Karan Deol.