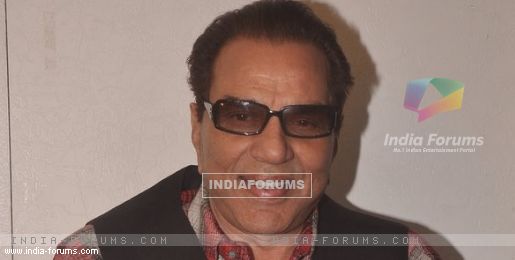 Addressing Dharmendra's health scare, Hema said he is recuperating well, but necessary medical treatment has to be ensured.

"Just an update on Dharamji. He got admitted to Breach Candy to chk his blood count as he felt tired all the time & to chk his shoulder pain," Hema tweeted on Friday.

"His haemoglobin count was a bit low so he was anaemic. Under observation now & he may have a shoulder surgery a lil later. Pray he is ok fast," she added.

According to reports, the actor was rushed to the hospital after he complained of pain in his shoulder, which he hurt while shooting for "Second Hand Husband".

The couple have two daughters - Esha and Ahana -- together.

Known as the Hindi cinema's original He-Man, the actor is known for hits like "Sholay", "Dream Girl" and "Seeta Aur Geeta". Dharmendra has two sons from his first marriage -- Sunny and Bobby Deol.

Dharmendra's daughter Esha also took to the micro-blogging site Twitter to send out a message too.

"Thank u all for ur concern! My dad is fit and fine (sic)," Esha tweeted on Thursday night.

On the professional front, in the last few years, the actor has been appreciated for his acts in movies such as "Yamla Pagla Deewana" and "Apne", which also starred his sons.