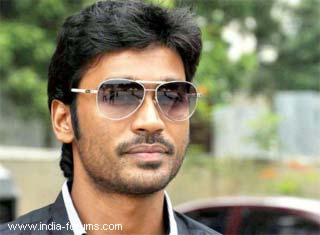 It will be a perfect confluence -- southern star Dhanush will sing his hit number 'Kolaveri di', while TV actress Jiaa Manek, popularly known as Gopi of Star Plus' 'Saath Nibhana Saathiya', will match steps with his tunes at the BIG Star Entertainment Awards in Mumbai Sunday.

Actor-singer Dhanush, son-in-law of cinematic icon Rajinikanth, is in Mumbai already to perform at the event. He will entertain the entertainers with his Tamil-English song, which went on to become a rage through online social networks.

The singer recently attended the finale of Zee TV's singing reality show 'Star Ya Rockstar', and sang 'Kolaveri di'. But it is for the first time that he will perform the song at an awards function.

The event, to be held to honour talent in films, television, music, dance and sports, will see the who's who of the glamour industry in attendance, and performances by Priyanka Chopra, Jacqueline Fernandes and Salman Khan.

The show will be telecast on Star Plus on New Year's Eve.

varshu27 8 years ago giaa is a wonderful dancer...cant wait to see her performance with danush...

ILoveDrama 8 years ago Can't wait for your performance Salman...

-iPayal- 11 years ago after his first movie, i thought he was gonna make it BIG! but then he lost his charm...i dont know what happened to him...that 1st movie was by far the best acting hes ever done!! he has the looks, now he needs the acting part

Naagin 5: Veer to return to destroy Bani and Jay?
10 minutes ago

Jaya Saha to be Arrested by the NCB Soon: Report
51 minutes ago