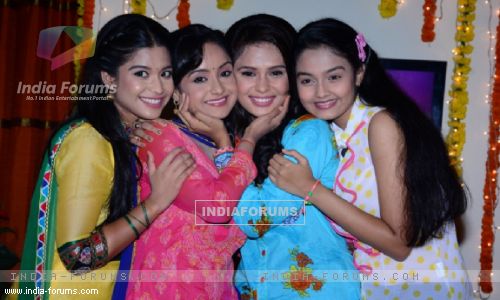 According to the ongoing tracks of the show, we have seen how trouble are doing the rounds in the lives of the Shastri Sisters when Peeya (Pragati Chourasiya) goes missing, Alka is (Neha Pednekar) tensed about Rajeev and Devyani (Sonal Vengurlekar), Anushka (Ishita Ganguly) juggling to get admission in the college. Further, the sisters have to travel a path full of hurdles.

Our source informed us, "In the upcoming episodes of the show, we will see that Alka will receive a chit in the newspaper and later on she will learn that she has got it from Rajiv which eventually makes her very nervous. Later on, Alka goes to the Joggers Park to meet Rajiv as per his wish expressed in the chit."

"While on the other hand, though Devyani and Anushka will finally get admission in the college but their first day to the college is not going to be easy for them. Neel will be seen ragging his juniors along with his other friends and seeing Devyani, he also gives a task to her asking to kiss someone. A nervous and worried Devyani starts taking a step forward thinking whom to kiss," adds our source.

+ 3
6 years ago Amazing show. Shastri Sisters has a very interesting characters and storyline.

+ 6
6 years ago Simple and realistic show