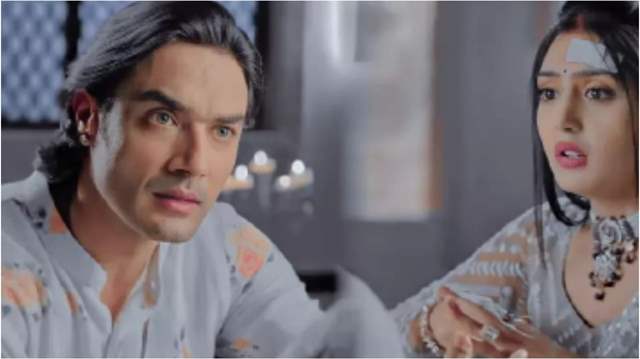 Zee Tv show ‘Tere Bina Jiya Jaaye Na’ is gearing up for an exciting twist in the show. The current track of the show revolves around Devraj and his family going through a rough time as their royalty is threatened by the legal officers.

Aarav is missing and if he doesn’t return within 48 hours, the royal family will be asked to leave the palace. The only option that the family has, is to get Devraj married to a princess.

In the forthcoming episodes, Vamika challenges Krisha that she will get married to Devraj leaving her shocked. However, Krisha gives a befitting reply to her and shows her faith in her marriage and husband Devraj.

Furthermore, Jaya asks Devraj to think about his decision as a lot of things depand on the same. She suggests that he marries a princess to get them out of the legal trouble. Devraj gets furious listening to this and clearly declines to go ahead with this solution.

Chances are rife that Devraj and Krisha will leave the palace and the royalty.

The show follows the story of Krisha Chaturvedi, a girl who has always dreamt of being swept off her feet by a knight in shining armour, and what happens after the day the universe manifests this dream for her! Krisha, played by Anjali Tatrari, is a simple young girl of limited means, who moves into a magnificent palace against the picturesque landscape of the princely state of Ambikapur. She hopes to begin her very own fairy tale with the love of her life Prince Devraj (played by Avinesh Rekhi), the current heir of the royal family.