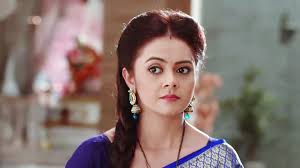 Saath Nibhaana Saathiya fame actress Devoleena Bhattacharjee says she is recovering from a minor surgery on her back. She is expected to resume shooting for the show from Wednesday here.

It all began when Devoleena reportedly met with an accident on the set of the popular show in 2013 and injured her back. A while ago, the injury aggravated and now, after taking a break for over a week in June, she will return to the set on Wednesday, says a source.

"It was a minor treatment and I'm recovering. I never wanted to be in headlines for this. I have been getting lots of love, care and pampering messages on social media from my fans. They are really kind," Devoleena said in a statement.

Popularly known as 'Gopi Bahu', the actress said acting was not a planned move.

"Everything I got in my life came to me as a surprise. Acting was actually not pre-planned. It just happened and when I look at myself today... I feel like it was a hidden talent inside me which I explored at the right time in my life.

"Showbiz has given me everything. The most precious gift I got from showbiz are my fans and they keep me motivated," she said.

BangBang_Shilpa 3 years ago Thank god you are fine now.

...we are fed up that tivky seetha drama.

Alikhan2158 3 years ago Glad u had a speedy recovery. Take Care Devoleena. Love u lots

Praves 6 years ago You were a great actor Farooq Sir! Will miss you a lot...
May your soul rest in peace!