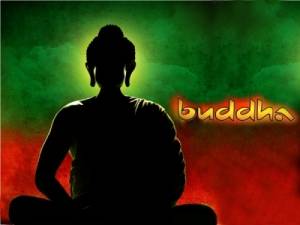 B.K. Modi's mythological series Buddha on Zee TV now gears up for some drama wherein, Devdutt and Ajatshatru are trying to spoil Buddha's (Himanshu Soni) image after joining his Sangh.

Our source informed us, "Devdutt (Devyansh Tapuriah) will surrender himself after putting his sword in Buddha's feet and further he will express his desire to join Buddha's Sangha. Devdutt becomes Sangha Bhikshu and later he meets Manveeka (Sareeka Dhillon) whom he had saved once while she was killing herself after she was abandoned by her husband. Devdutt ill-intention is to take revenge from Buddha by using Manveeka. Manveeka gets a lotus flower for Buddha and goes to the ashram to give him the same."

Our source adds further, "On the other hand, Ajatshatru is also pleased to know about Devdutt joining Buddha's Sangha and Ajatshatru plans for a debate on literature and Dharma in Ajatshatru's court. Soon then, Manveeka comes to the court and she claims that she is carrying Buddha's child in her womb. Later it would be revealed that it was just a plan to spoil Buddha's image."

MaYa.B 6 years ago thanks for the TB anwesha
all the best to Buddha team