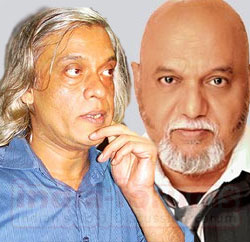 Mumbai, Sep 22 (IANS) Purists who were appalled by the idea of Paro and Chandramukhi coming together in Sanjay Leela Bhansali's 'Devdas' are in for a further jolt in Sudhir's Mishra's new version of the classic.

While Bhansali brought the two female protagonists together deviating from Saratchandra Chattopadhyay's original novel, in Mishra's version the doomed hero will not only get Chandramukhi but will also live, arguing that life without Paro is as good as death.

The film's producer, Pritish Nandy, seems pretty prepared to take on the purists.

'Classics mutate with time. They change so many colours. I decided to do our own version of 'Devdas' after I saw Sanjay Leela Bhansali's version. As a Bengali, I couldn't connect with his lavish operatic mood. Saratchandra's version of the tale was all about austerity, holding back rather than unleashing a torrent of emotions,' he said.

Nandy seems undaunted by the criticism awaiting him. 'Fear of falling has never stopped me from climbing higher. Our 'Devdas' goes back to its literary roots, though it's set in contemporary times.'