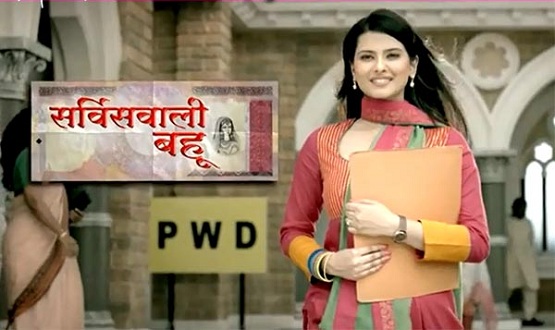 Village Boy Productions' Servicewali Bahu on Zee TV, is grabbing the attention of the viewers with its storyline and performance of the star cast. The show is currently revolving around the main protagonists Dev (Abhishek Rawat) and Payal (Kratika Sengar).

As per the ongoing episodes, Dev and Payal's marriage has been fixed and the families are busy planning with the rituals. Whereas, on the other hand Dev's family is creating a fake image about their status in front of Payal's family.

Well, in the upcoming episodes the viewers will soon witness love blooming amongst the duo.

Our source says, "Dev will follow Payal and reaches at her office, waiting outside for her. Meanwhile, because of car driver's kid being unwell, Payal asks him to take a leave. Payal will see Dev near his office and questions him regarding his presence but he defends himself very smartly. However, she will understand his feeling and agree to take a lift from him on his bike. Dev will be seen impressing Payal amid his bike ride."

Will Payal get attracted towards Dev?

6 years ago Kratika Sengar, your beauty is like a shining ray of the sun in the early morning light, so fresh and lively to look at..

aartiwedsyash 6 years ago the story is going smoothly, not as i thought but all good i hope..
Kratika Sengar, wonderful acting as Payal.

pviansthebest 6 years ago Kratika Sengar, your beauty is like a shining ray of the sun in the early morning light, so fresh and lively to look at..

YmiralD 6 years ago now i have started to watch Kratika Sengar in Servicewali Bahu and she's again doing the role so perfectly..good luck..

6 years ago kratikasengar is the best talented actresses

mantandhan 6 years ago betcha know how much we love yah Kratika Sengar
Thanks IF for the article,,

kasautiifan 6 years ago absolutely amazing Kratika Sengar. your beauty is dazzling in HD!

hellohisweetie 6 years ago thank you IF, hoping for the lie to be out soon.. Kratika Sengar, you are soo beautiful..

YmiralD 6 years ago weee, no playing hard to get with Payal..
all the best Kratika Sengar