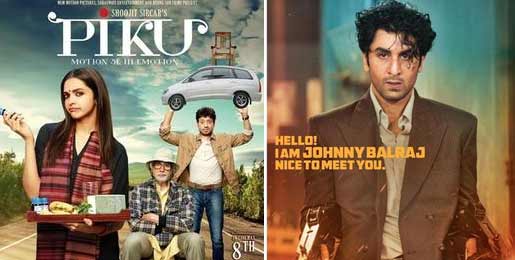 "A colossal flop", "a debacle", "a disaster" are some of the verdicts by film trade analysts on Anurag Kashyap's high-budget drama "Bombay Velvet", which is set in the Bombay of the 1960s and about a man who wants to make it big in life at any cost.

The film has earned a little over Rs.16 crore in its opening weekend.

Released on May 15, the film, which also stars Anushka Sharma and has marked the acting debut of Karan Johar, only managed to mint Rs.5.20 crore on its opening day and Rs.5.10 crore and Rs.5.80 crore on Saturday and Sunday respectively.

Its weekend total amounts to Rs.16.10 crore, according to trade expert Taran Adarsh, who on Twitter called the film a "debacle".

"It's very bad. 'Bombay Velvet' earned just 16.25 crore. That should have been the day 1 collection instead of the weekend collection," trade analyst Komal Nahta told IANS.

"But you can't compare 'Bombay Velvet' to other films because of its budget of Rs.108 crore. With that amount, it should have collected Rs.15 crore on day 1. The film is a colossal flop," he added.

However, Kashyap has no regrets that the audience is not finding a connect with his film, which has been his dream project since nine years.

"A lot of people do not connect with it and a small number of people did... Maybe our experimenting with the narrative didn't work for most but I firmly believe in the film," he posted on his Facebook page.

The one film which has continued its success story is Shoojit Sircar's slice-of-life entertainer "Piku", which has Amitabh Bachchan, Irrfan Khan and Deepika telling an endearing family tale through their lovable characters.

"Piku" is running successfully at the cinemas and has minted Rs.14.60 crore in its second weekend, which takes its total collection to Rs.56.02 crore. In its opening weekend, it minted over Rs.25 crore.

As far as the future of "Bombay Velvet" and "Piku" on the box office is concerned, it will be decided by Kangana Ranaut and R. Madhavan-starrer "Tanu Weds Manu Returns", which has quite a positive buzz about it.

Directed by Anand L. Rai, the film, which stars the same cast from 2011 film "Tanu Weds Manu", will release on Friday.

5 years ago fantastic.a great lesson taught to the Kapoor by Deepika Padukone.

+ 2
5 years ago Piku is must watch movie. All three actors have performed at their best. The trailer itself is so impressive and alluring to the audience. And over and above the concept of the movie connects with every household.

+ 3
5 years ago From promos of Bombay Velvet I understood that it's gonna be flop as it's promo was unable to impress a mass audience.

+ 5
5 years ago Piku was bound to be a hit! Fantastic cast and a great director like Shoojit Sircar who knows how to reach audience's hearts!