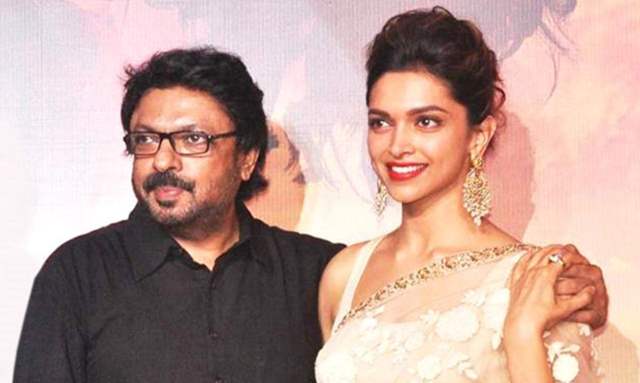 Ace director Sanjay Leela Bhansali is currently working on his next - Gangubai Kathiawadi which will star Alia Bhatt in the lead role. While several reports suggest that the director is reuniting with Shah Rukh Khan on Izhaar - an epic love story crossing the national borders. However, he is likely to start working on an entirely new project which is reported to be titled, Baiju Bawra.

A recent Pinkvilla report suggests that the director has been fine-tuning his script to bring the epic back to life for the modern-day audience and actor Deepika Padukone is likely to lead the upcoming film.

The report suggests that the filmmaker is keen to have Deepika on board to play the female lead in the film.

“Ever since Bhansali decided to revisit Baiju Bawra, he was clear on getting Deepika on board the film to play the role of dacoit queen, Roopmati, from the 1952 original. Both Deepika and SLB have done multiple meetings to discuss the film and the character and the talks are in the advanced stage at the moment. The paperwork is yet to be done and things will be locked once both the stakeholders mutually agree on certain aspects. Given the way things are proceeding at the moment, it's going to be a yes from DP,” said the source quoted by Pinkvilla.

The movie is supposed to go on floors in mid-2022. Also, a team is already working on the dates of the actors and other minute details.

Previously, Deepika and SLB have collaborated on several occasions for films like Goliyo Ki Rasleela Ram Leela, Bajirao Mastani and Padmaavat were hit at the box office.

The source added, “While Bhansali is currently working on the edit and post-production of Gangubai, there is a team in his workplace that taking tiny steps in the prep work of Baiju Bawra. Conversations with other actors, who are expected to be a part of the film are also in progress. An official announcement will be made once the entire cast that SLB wants is locked.”

Apart from the Bajirao Mastani actress, other important characters of the film are Baiju, Gauri, Tansen and Akbar, hence the filmmaker is taking a keen interest in the casting as well.

The report further mentioned that the celebrated filmmaker is also working on the music element of the movie, as it is considered his dream project. Hence, he doesn’t want to leave any stone unturned for the film.

On the work front, Deepika Padukone has several films in the pipeline as she will next be seen in Kabir Khan’s ‘83 with Ranveer Singh, followed by Shakun Batra’s next with Ananya Panday and Siddhant Chaturvedi. The actress will also appear in the Hindi remake of Amit Sharma’s The Intern with Amitabh Bachchan and in Siddharth Anand’s Pathan with Shah Rukh Khan and John Abraham. She is reportedly doing Anand’s Fighter too.

Deepika Padukone calls Cocktail a "turning point" for her, says ...