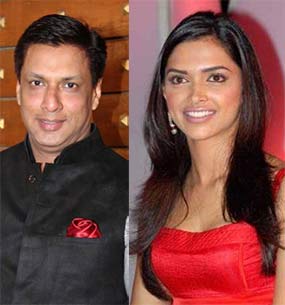 Deepika Padukone in filmmaker Madhur Bhandarkar's next project? The actress is surprised by the rumours, says her spokesperson.

There are reports that the "Chennai Express" star might sign Bhandarkar's upcoming film, but a clarification from the actress's end has been issued to scotch the rumours.

"We have not been approached for the film," her spokesperson said in a statement.