Bollywood's female actors are mostly known for not getting along with each other and jealousy fights. So amidst all this, when we hear news of blooming friendship between B-Town's two gorgeous and successful actresses, it's hard to believe at first.

The news about Deepika-Priyanka's flourishing friendship seems to be true, though, as both the ladies don't miss a chance of attending each other's party regardless of their busy schedules.

According to a source, Deepika was worn-out on April 30 after long hours of a photo-shoot, but she still went to Priyanka's party for Hollywood celebrity Gerard Butler.

Piggy Chops was also the first one to appear at Ranbir and Deepika's party a couple months ago.   Priyanka thinks Deepika is a "great girl," and she truly seems to be very fond of her.

Well, we hope Deepika and Priyanka stay best friends forever unlike other actors whose friendship doesn't pass the test of time and success.
Featured Video 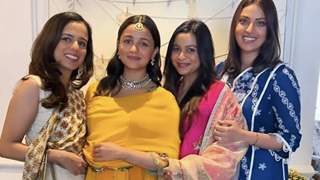