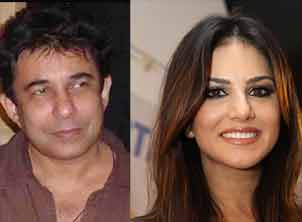 Actor-director Deepak Tijori has donned a villainous avatar for Devang Dholakia's "Tina & Lolo" which features Sunny Leone and Karishma Tanna as its "heroes".

The director was keen to have a strong evil character in the film.

"My girls are my heroes in my film, so when we were looking for a new suave villain I thought of Deepak Tijori. He fits the bill perfectly," Dholakia said in a statement.

Deepak, who acted in films like "Aashiqui", "Aaina", and "Jo Jeeta Wohi Sikandar", is excited about the role. He has apparently lost weight to play a debonair villain.

"I was looking at doing work as an actor again and I felt good when Devang offered me this film. The icing on the cake was Sunny, can't deny that," said Deepak, who went behind the camera to direct films like "Oops!" and "Tom, Dick And Harry", but none of them did well at the box office.

Deepak has endorsed a salt and pepper look for the character.

"With regard to the salt and pepper, this was all Devang's idea as he had an image of this character, and yes, most actors do have a problem in going grey on screen but I was looking for a change. Once we did the make up test we were sure, this was a welcome change," added Deepak, whose last acting assignment was "Department".