Akshay Sethi will now get an opportunity to prove his mettle in Star Plus and Ravi Ojha Productions' Sasural Genda Phool by essaying the double role of the negative father and the innocent son, Deepak. 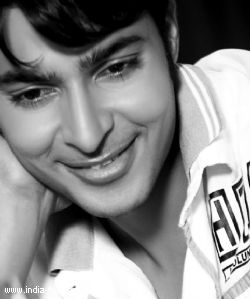 The story will soon focus on Deepak who is hell bent on teaching his father a big lesson. He will wait for his father to get released from jail, and will follow him just to kill him..

Our source states, "Deepak will chalk out his action plan; he will get to know where his father takes abode after coming out of jail. He will buy a gun just to kill his father. He will also bring his mother Radha (Sadiya Siddique) into the thick of things, and will give her an opportunity to avenge his father for all the agony and sorrow that she has faced in life. In fact, Deepak will reach a stage where he provokes his mother to kill her rapist husband".

It will be an interesting highpoint in the story to see how Radha reacts to the situation!!

We contacted Akshay Sethi who confirmed the news that his track will be back in focus sometime next week.

Talking about the two extreme characters that he plays in the show, the actor said, "It is a challenge for me to play the very wicked criminal minded father and the innocent and subtle Deepak. When I shoot for the father's role, all that I keep in mind is that this guy can do all bad stuff that Deepak cannot do. The father will look very aged, with dark circles around his eyes, and wrinkles all over his face. In other words, I can say that he is very ugly in his looks as well as deeds. He has spent most of his life in jail and is not only a rapist but also a criminal".

Ask him to get into detail about the track and he states, "I have not shot much as of now. I only know that Deepak will have the motive of killing his father".

Well, this track will surely keep the audience glued…

10 years ago i too wish to see deepak and sanjana track....

+ 2
10 years ago plz yaar,think about sanjana and deepak to make a pair.i'm really sure that they'll look awesome together.

+ 2
10 years ago He is a brilliant actor! Sometimes I cant believe the role of father and son is done by the same person.

Sanjana And Deepak would look good together.

10 years ago POOR DEEPAK ...HOPE HE DOESNT DO IT...NYC TO C THEIR TRACK WILL MOVE FORWARD,,,

+ 4
10 years ago I hope its just a motive and he doesnt actually execute it! I dont want a sweet boy like Deepak to be in jail. Besides thats my younger brother's name.

+ 2
10 years ago wow!!!that's great.i'm sure that the track will be awesome.i think Sanjana and Deepak together will make a good pair.r u guys agree with me?