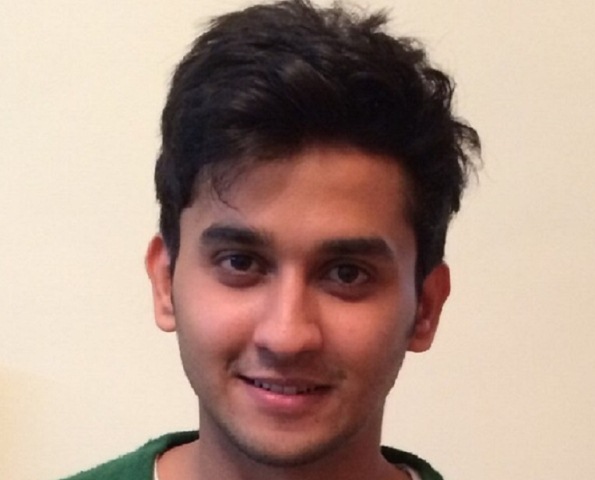 Young actor Meghan Jadhav, who was last seen in Saas Bina Sasural on Sony TV, is currently enjoying his role in Mooh Boli Shaadi. Playing the character of Akhil, Meghan excitedly speaks about his character, bond with Darshan Jariwala and much more.

How is your character on the show?

It is a fun loving and light hearted show again like Saas Bina Sasural. People will not get to see much of the drama which they I am sure do not like to watch. I am playing the second brother Akhil out of the three brothers. He is following his father's footsteps. His father is a Punditji and does Puja at people's place. Akhil is a 20-21 year old mischievous guys who actually does not want to become a priest like his father. He is just attracted by the money he gets in the form of Gurudakshina. Like Chedilal in Saas Bina Sasural, Ashok Tiwari too is strict, stern who does not give money to his sons.

How is it working with Drashan Jariwala again post Saas Bina Sasural?

It is actually wonderful working with Darshan ji again. First of all, when I joined the show and when I found out that Darshan ji is again playing my fathers' role and I am playing his son, it felt really nice. We had shared a lot of good bond during Saas Bina Sasural. It was just a father - son relationship that we shared. That time of course there was lot many brothers. When I met Darshan ji, he was like Ek Aur Show Mein Tum Era Beta Ban Jaa..Mein Tuje Adopt Kar Luga (laughs). It started off really well and the show has some similarities to Saas Bina Sasural

How similar and different Mooh Boli Shaadi is from Saas Bina Sasural?

That show and even in this show, each of the characters are really portrayed well. Of course, we have a veteran actor like Darshan Jariwala who is always there to give a stick to all of us. After shooting for four months for Mooh Boli Shaadi, it has become like a family. You do not need to act; everything comes naturally when we read the scenes. The comparison will happen and that is for sure. There are other similarities as well, but I would say, that is not a big issue.

How has your rapport been with your co-actors?

The main prime cast is young so it is very easy to connect with everyone. We actually chill out a lot of time on the set. All of us are brothers on screen as well as off screen. We have built a very nice rapport with each other.

Your association with Sony TV?

Sony TV has been great. My previous show ran for like two and a half year which was great. I am sure this show too will pick up very soon once it is on air. It will go good.

Radhadreamlove 5 years ago f he Hey won't it b great if he post a brand new pic as KAANHA if he is really on fb .
Bt m not on any other social network except IF..but I wud love to see

awida 5 years ago Love Mooh Boli Shaadi. Meghan Jadhav has a beautiful character as Akhil. He is doing full justice to it. So does Darshan Jariwala as Pandit ji.

Radhadreamlove 5 years ago I m fed up writing similar comments so now...not much
Just all d best meghan.. not only 4 d show bt also 4 ur upcoming movie

It is a delight to watch this show ..it is full of fun , love , and action.

awida 5 years ago Thanks for this beautiful article TB.

Mooh Boli Shaadi is my favorite serial in current time. It is a delight to watch a feel good show ..with a very talented cast like: Darshan Jariwala, Meghan Jadhav..and of cours the hot lead pair of Fahad Ali and Zalak Desai.

Debina Bonnerjee to wrap up her negative shade cameo on ...
34 minutes ago